Impossible metamorphoses, great tits, midges and people with great longings, great sorrow, small problems and big and small thoughts are to be found in the short story collection Evil Flowers. For example, what should you do when you pick evil flowers? What should you say in your opening speech when the brand new museum has sunk into the ground? What do you do when everything you touch turns to mucus? And what can you do when you have longed to see the White Cliffs of Dover, but now you are dead?

Evil Flowers is about love, death and rebellion, about shifting shapes or staying the same, about the tangles involved in what is known as understanding.

Every so often a book appears that is so strikingly different it makes other books all seem the same. The short story collection Evil Flowers is one of those books. [...] Evil Flowers is a unique collection that will enrich the biodiversity of the literary world.

The short stories in Evil Flowers play on the theme of longing for someone to come, longing for connection, with a literary mien is both appealing and confident – precisely because it is never self-righteous.

Yet another original book from Gunnhild Øyehaug. […] She allows herself great latitude, compartmentalising short stories which discuss, correct and argue with each other – or otherwise offer a growth, an expansion or change in perspective. 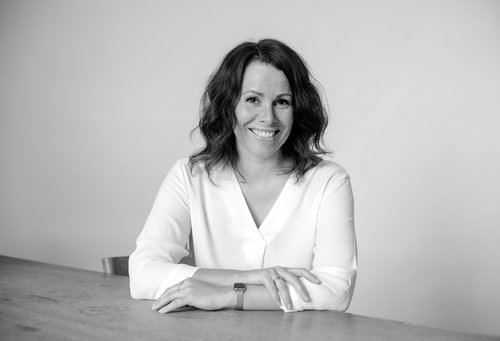 Øyehaug also writes for film; she co-wrote the screen play based on own novel Wait, Blink, for the movie Women in Oversized Men's Shirts (2015) and has written the short film "Apple", which was awarded the prize for best script for a short film in 2018 by the Norwegian Writer's Guild.

The US edition of "Wait, Blink" was nominated for the 2018 National Book Awards.

Øyehaug has also won several prizes for her writing, among them the Hunger Prize (2009) and the Dobloug Prize (2009).