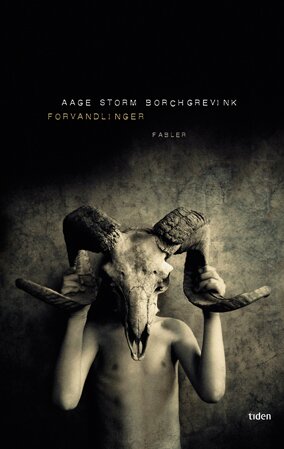 One day the king discovers that he has grown horns and a tail.
He is on the metro on his way to Frognerseteren, just like his
father did during the oil crisis in 1973, raptured in an iconic
norwegian picture, but the world has changed. There are more
cameras now. More glares. It was only a matter of time before
there would be consequences.
Young Iselin Fuglesang is elected as the new deputy chairman
of the party. But the political life is more demanding than she
expected. Before the weekend’s national congress is over, she
will have witnessed an attempted coup, abduction, and an unexpected
political renewal, inspired by ancient Egyptian rituals.
Who said Norwegian politics are boring?
In Transformations the reader is faced with a world that resembles
our own, but is still different, and through twisted and alien
elements, Aage Storm Borchgrevink is able to bring to life
important characteristics of our own era. In addition, the book
contains an essay about the ideas behind these fables, where
Anders Behring Breivik plays an integral role.
Transformations is a sharp, funny and disturbing collection of
contemporary fables.

2002: Nominated for the P2 listeners novel prize
2004: Ossietzkyprisen
2012: Critics Award for the Norwegian tragedy: Anders Behring Breivik and the roads to Utøya