Bjørnar
A tale from the Northern lights!

The Northern Light-series is a portal fantasy based on Norwegian folklore. One of the oldest superstitions in ancient lore is that animals could speak. This is certainly true in the series Northern Lights, and the book about Bjornar will reveal why some animals do speak, while others do not.

But the tale about Bjornar is first and foremost about the fight to live freely in the woods. The Vikings are coming closer and are moving further into the vast woods of Jotundale, hunting down and killing animals as they go. Worried, the animals come together for a forest council. The elders believe it’s time to flee.

But Espen ¬– a well-known character from the Northern Lights-series – interrupts the meeting and advice the animals to think twice. He believes that the animals can speak because of the magic in Jotundale. And if they decide to leave, the gift of speech will be lost!

The elders refuse to listen as they believe him to be a troll! So, all the animal-families are left to themselves to decide if they should leave or stay behind and hide from the Vikings.

- Mummy, why is daddy growling! 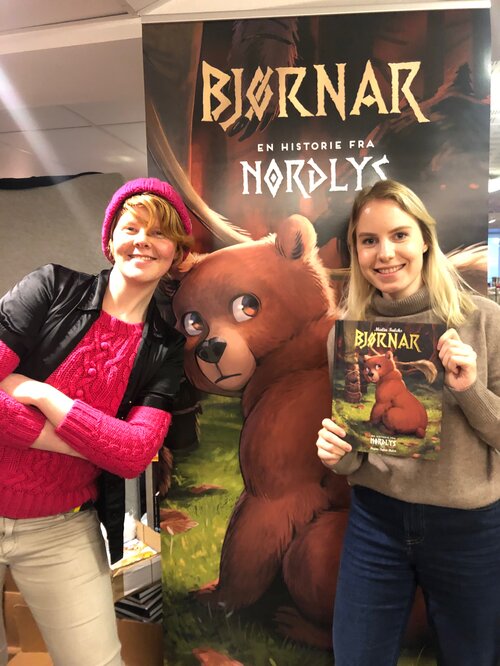 Malin Falch, (1993) born in Trondheim, but lives in Oslo. «Northern Light» volume one was her first graphic novel released in 2018. And the second volume came in 2019.

Regine Toften Holst born in Nordkapp, but lives in Bergen. She is an illustrator and a comic artist.

The Ministry of Culture nominated Bjørnar as one of the top three graphic novels in 2019.