DUNCE is an kind of autobiographic strip about coping with life above the arctic circle. The main character Jens K clings to his every day life in the far north of Norway. He’s running a tiny web company together with his buddy Børge (that fish). Jens is also a divorced father, his son is Gustav.

«This comic is an enrichment! Funny,
hilarious.» 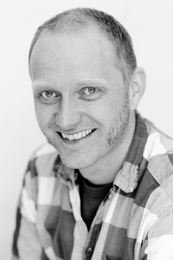 He worked 12 years as partner and designer in a design agency, but since October 2017 he’s been a comic artist full time.