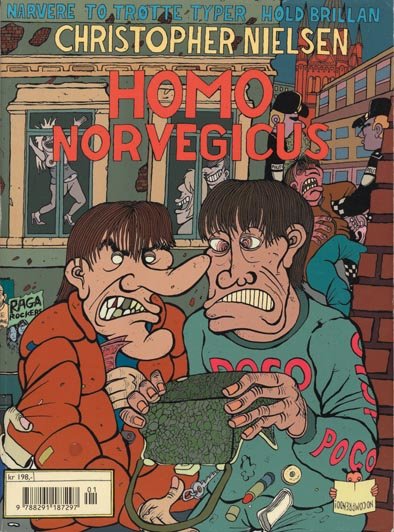 You need to know this about TWW (two wasted wankers) Quick summary of Odd +Geir’s life:kindergarten to teenagers, petty criminals alcohol + drug abusers, heroin, jail. They start with candy and end up on drugs A joke about how things don’t change.Chronology A sketch of the saga Do you wanna, would you wanna be a narver!? Hell yeah! «Narver» is a Nielsen-made name for 70’s teenagers spending all their time outside the kiosk on the city tram station. Anger, lust, drunkenness, dope. Mock sociology report. TWW light a joint They do and talk about how fun it is.Klepto’s storyGuy in the neighborhood, nicknamed «Klepto» as he steals everything he can. Narved-friday Friday night, seventies, depressing Oslo suburb. Guys + girls crash Roger’s apartment, his parents are away. They mess it up, try to make out, get drunk and high. They are thrown out, bored, get aggressive, fight + smoke. They spot local prostitute, agree on hand job. Odd, tough guy, goes with her into the woods.The day after he doesn’t want to talk about it. Bullets in the barrel Earlier in their lives. Older cousin talks them into playing strip poker, he gets excited, it ends terribly wrong ... Metro terror The guys are making the metro trip unpleasant for everybody else. Help, we are going to sleep over in the woods! They pack beers + hash for weekend in cabin. Ronny scares the others with ghost story, has hidden all the alcohol for himself. 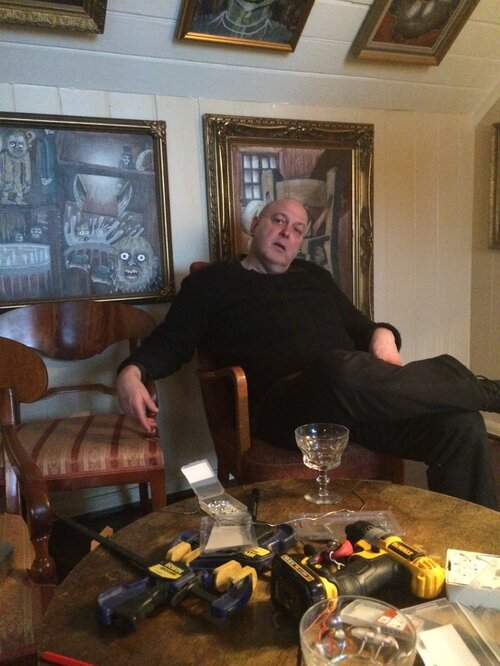 Christopher Nielsen is a towering figure in Oslo's underground culture.