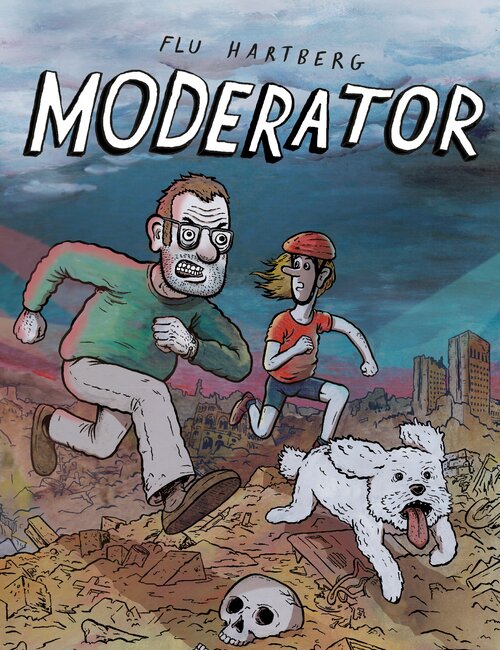 When Oslo is in ruins and you have to cooperate with your most annoying opponent to survive ... # thatfeeling

Jarle is your run of the mill right-wing internet-troll, utterly convinced that our country is about to go straight to hell.

One day he is proven right.

"Moderator is unmistakably Fluesk in its expression, a mature and brave graphic novel that dares. That dares to be childish where it is called for, dares to go for it, and dares to show compassion. Moderator tells you something you thought you knew, but in a new and singular way. The book is political without resorting to morally superior rhetoric or warning triangles and Hartberg's sense of humor is manifest and glitters, which makes reading this book an uplifting and enriching experience. " The jury's grounds, nomination for the Cartoon of the Year, 2017 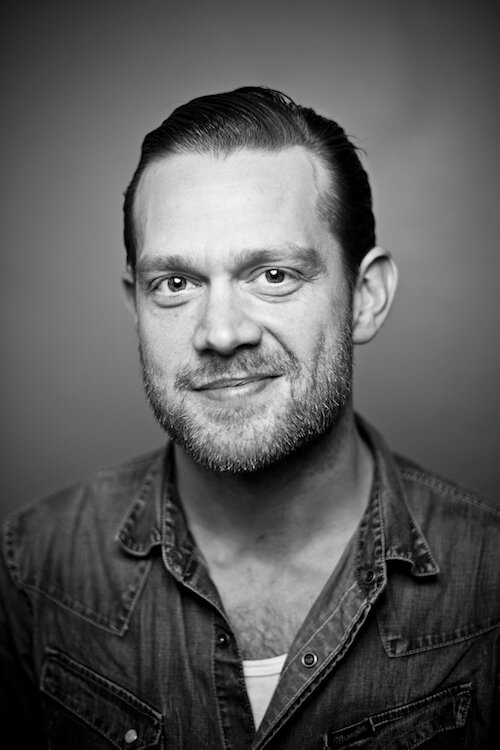 Flu Harberg works as a cartoonist in Dagbladet, and has published several comic books and children's books. He is a member of the Dongery art collective.