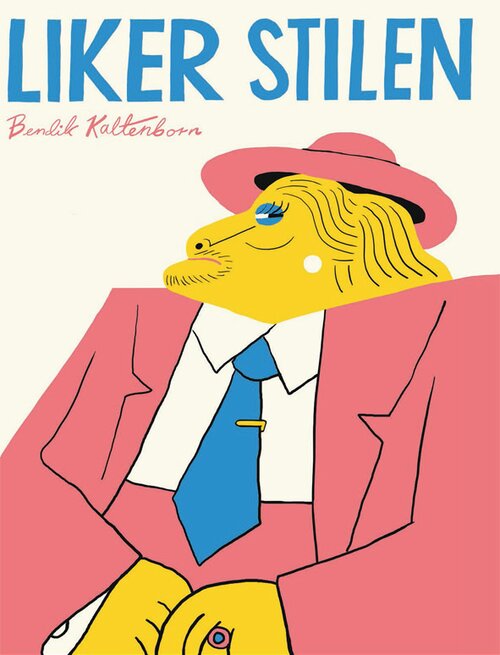 Look through Bendik Kaltenborn’s kaledescopic glasses and glimpse the world the way he sees it: a vibrantly colorful planet populated by lumpy, big-nosed people totally absorbed in their own off-kilter personal dramas. Adult Contemporary is a collection of odd imaginings, surrealist comics, and physical comedy gags from Kaltenborn, a New Yorker and New York Times illustrator.

People scramble around in a world they don’t understand, happy as can be. An author finds unexpected and lethal love in his own garden. A marriage is threatened by soup. Drunk old men quarrel about literature in the witching hour. A con details a small and silly bank robbery from the 1980s. CEOs do push-ups.

Kaltenborn’s Adult Contemporary reads as an homage to the art of mid-twentieth-century cartooning and absurdist sketch comedy. His characters pace about like Groucho Marx, do pratfalls like Dick Van Dyke, and mug like Jim Carrey. His virtuosic gift as an illustrator and designer shines through in these pages, indisputable in the multiplicity of styles he employs and in the immediate appeal of the book as a whole. From extended offbeat jokes about obnoxious businessmen to gorgeous full-page gag illustrations, Adult Contemporary is always able to find something to laugh at.

Presentation by Drawn & Quarterly for their English edition. 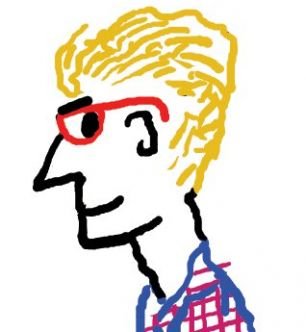 Bendik Kaltenborn has published three award winning comic books, and he is a member of the art collective Dongery. He does illustrations for The New Yorker, New York Times and more. His illustrations were in 2017 collected in the 386 pages volume "Tegning, form og farge"/"Drawing, shape and color" (No Comprendo Press)

Gold, The most beautiful books of the year, comics category, 2013