Johan Harstad
Buzz Aldrin, what happened to you in all the confusion? 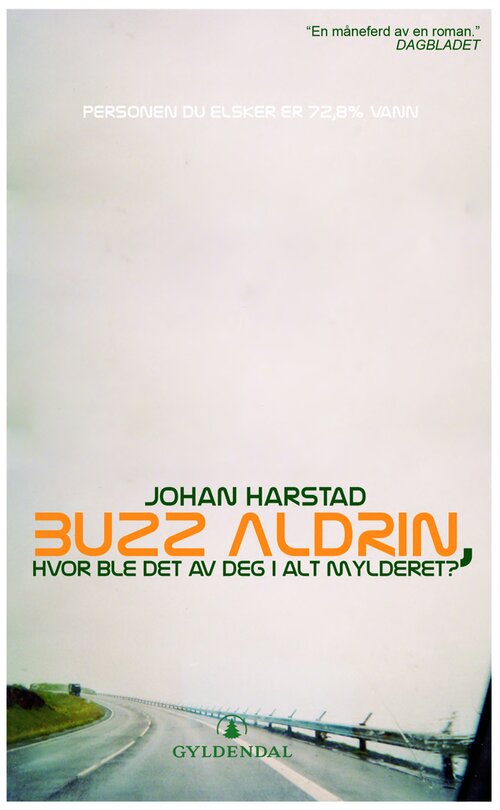 The years us 1999. The final year before the future begins. Mattias is a gardener and was born on the night that man landed on the moon in 1969. His greatest wish is not to get in anyone's way, to be anonymous, a functional hole in the universe. He has been with his girl friend for eight years, he has a job he loves and a box of threadbare books about space. He also has a friend who has got a job as a musician on the Faroe Islands in the summer and has said yes, he will go along as the soundman – someone has to sort out the sound. According to plan he will be back home in a week. But it doesn't take much to rock the boat. One drop too many in the ocean, and a storm is let loose. It will be a long time before Mattias returns home. A long time. First he will almost disappear 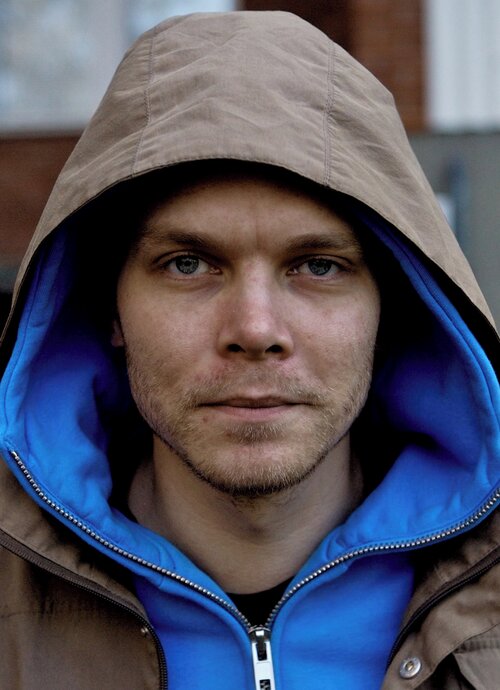 Johan Harstad offers a wholly original voice and is one of the most obvious talents published by Gyldendal for many years.

He sees human fates in modern reality in a way that is both urgent and refined, offering a complete involvement and a particular sense of absurd humor. His characters often stand slightly to one side, at a distance to the major pulse of society. They are vulnerable, lonely, different.

Johan Harstad made his debut 21 years old, with a contribution to Postboks 6860 in 2000, releasing his first collection of prose works, From here on you just get older, in 2001. This was followed by a collection of short stories, Ambulance, in 2002 received with critical acclaim, translated into French and Finnish. Harstad has also written four pieces for the theatre, Degrees of White, Washington, Krasnoyarsk, The Breadman's Memoirs collected in BSIDES published in 2008.

Winner of The National Ibsen Award for the play Osv., 2014

Winner of The Oslo Award 2012 for Blissard

Winner of the The Brage Award for Darlah (Cappelen Damm)

Winner of The Youth Critic’s Award for Hässelby, 2007

Winner of the Stavanger’s Artist of the Year, 2003

Short-listed for the Norwegian Critic’s Prize 2015

Short-listed for The National Ibsen Award, 2011

Short-listed for The Brage Award, 2010