During some garden work in the village of Øystese, the remains of a teenager are found buried in the earth – those of a young boy who was never reported missing. The subsequent murder investigation uncovers layer upon layer of guilt, shame and weakness, and threatens to reveal local secrets – with terrible consequences for many inhabitants of the tiny village.

District Sheriff Bengt Alvsaker must dig deep into the village’s misdeeds and widespread prejudices in order to find out the truth about what really happened thirty years before.

Her Dark Fjord-series is situated in the spectacular Hardanger landscape with the dark, elongated fjord, blossoming fruit trees and snow on the high mountaintops during the summer and fog, rain, and huge amounts of snow during the winter. In these settings, she uses the crime genre as a framework to talk about “forbidden” themes like shame, feelings of guilt, suppression and secrets.

Matre has done it again, delivering a suspenseful novel from a landscape she understands and with believable characters with whom we become increasingly familiar while, at the same time, a sinister atmosphere begins to dominate […] Horror, human foibles, secrets, local colour and mighty landscapes 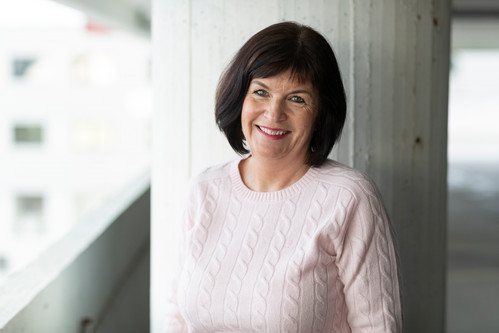 Agnes Lovise Matre (1966) is an adjunct professor and author from Haugesund.

Since her 2012 debut Stroke My Hair she has published four novels and crime novels. Her first crime novel, Looks Can Be Deceiving, was published by Gyldendal in 2017. The book was the first in a series about Officer Bengt Alvsaker.
Matre works as a teacher in Haugesund and has previously worked as a freelance journalist. She is a member of the Norwegian Authors’ Union and was also a member of the interim board that founded the Alliance of Norwegian Authors.

In 2020, Matre was awarded the Silver Dagger Award for the novel Ice Cold.