Phenomenal tale of crime on the high seas.

Stian is a seafarer and lives aboard the sailboat Vellamo. He makes a living as a translator of technical manuals and non-fiction books, in addition to a decent but risky second income as a part-time smuggler. But now he’s had enough of the endless fear that someone might have seen or said something, or that he’s about to get snarled in the net. Soon he’ll leave the smuggling behind and set course for the south – this time for good.

That is until Tore, his best friend, pleads with him to take one last, short, lucrative trip. And isn’t that precisely what he needs? A final extra shot of cash. A golden parachute. How risky could it be? He doesn’t even need to smuggle anything into the country, but out.

“Martin Sellevold makes his debut with a cracking smuggler’s tale. Strap on your life vest and hold on tight! […] It’s full speed ahead and high thrills the whole way.” 5 out of 6 stars

“A superb smuggler’s tale. Thrilling, racy debut about two buddies and a cargo of gold coins from 1642. […] It’s a refreshing summer cocktail of a book that could easily become a hit.” 5 out of 6 stars

“In the first part of the book, Sellevold writes in language so poised, almost ice–cold, that it’s a delight. And when Stian sails into the Oslo fjord and the Customs patrol boat sidles up next to him, it’s impossible not to be reminded of Arthur Omre.” 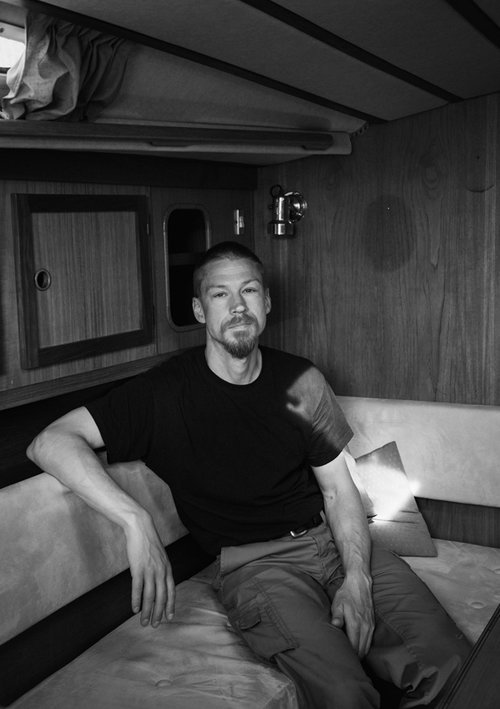 Martin Sellevold (born 1977) is a sailor and writer. He comes from Oslo but currently lives in Sweden. Dog Patrol is his first novel.