One night, Mikael Brenne is woken by the telephone – the caller is Nina Sunde, one of his clients. There’s an intruder in her house, and she fears for her life. Mikael jumps into his car, but by the time he arrives, it’s already too late. In the living room lies Nina’s violent ex-husband – a bullet to his forehead.

Although Nina is indicted for the crime, Mikael is convinced that he can get Nina released on grounds of self-defence – after all, she’s done nothing more than defend herself.
But not all court cases go to plan. It turns out that Nina hasn’t told the whole truth – but behind her lies, something else entirely begins to take shape. A story so terrible that nobody can believe it – not even Mikael.

In a class of its own... I enjoy Mikael Brenne and his world, precisely because Chris Tvedt knows exactly what he’s writing about, and does so with empathy and watertight plots. This time is no exception.
5 out of 6 stars

Exciting crime novel from Bergen – once again...The language is brilliant.

Extenuating Circumstances shows itself to be a realistic, nuanced and credible courtroom drama.

The author has a magnetic ability to draw the reader into the action – come along on the protagonist’s private and investigative ups and downs – and make us feel that life is far from ordinary.

[Tvedt] gives the story an unexpected twist, a dramatic spin that highlights new riddles – new dilemmas, new legal nuts to crack – and that’s why Extenuating Circumstances is one of the best Norwegian crime novels of the year.
5 out of 6 stars 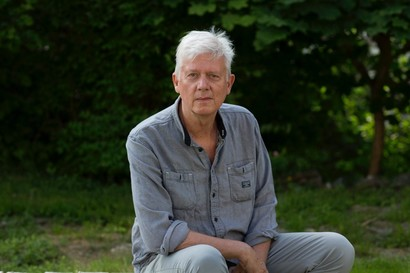 Chris Tvedt (b. 1954) is an author and lawyer. Tvedt debuted in 2005 with his detective novel Reasonable Doubt, and has written several books featuring hero-lawyer Mikael Brenne as the main character. In 2010 he was awarded the Riverton Prize for Circle of Death.