Get up close and personal with the northern crested newt – and its natural surroundings.

The northern crested newt looks like a dragon! It has black skin, an orange belly and long fingers. During mating season, the male grows a ragged crest on its back…

In this book, you can follow a northern crested newt from when it wakes up in the spring. First, it makes its way to the dam. Then, later in the summer, it creeps ashore and lives like a tiny predator in the forest at night.

But being a newt isn’t easy. It has to watch out for owls and cats – and snakes, too. It has to cross dangerous roads. Some newts die. And others survive.

This is the sixth nature book on which Borge and Myhre have collaborated. Synnøve Borge has written the book’s factual narrative and fact boxes, while Lise Myhre has created the illustrations. 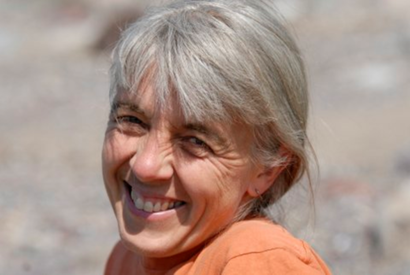 Synnøve Borge (born 1960) has a university degree in pedagogics and has studied creative writing for children at Norsk Barnebokinstitutt, where she specialized in documentary texts. Synnøve Borge writes about animals. She goes close and tries to find the pulse of one individual, for a year or part of a life - as a kind of unauthorized biography. She is looking for a language that does not close for the sensible in nature. The goal is to make meetings between children and nature through what she tells.

Lise Myhre (b. 1975) is a Norwegian comic artist and creator of the humorous comic strip series Nemi. She studied graphic design and art history at Santa Monica College of Art in California and the Mercantile Institute in Oslo. Lise Myhre has also illustrated poetry by authors such as Edgar Allan Poe and André Bjerke using characters from Nemi. As an illustrator and book consultant she has also worked on album covers, diaries, textbooks and horror books.