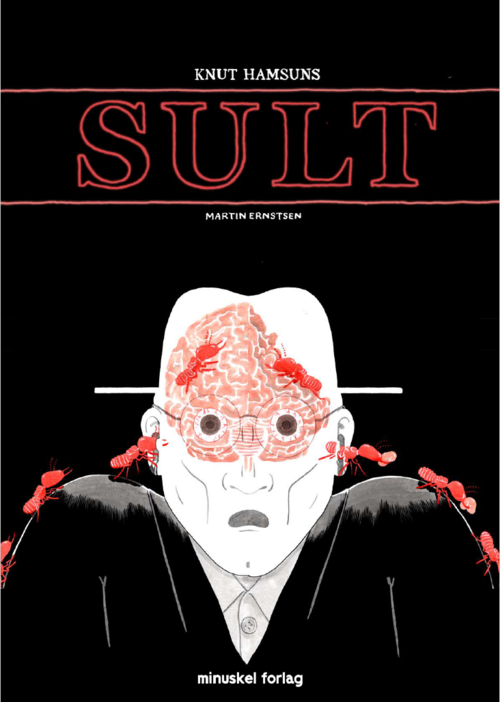 Knut Hamsun’s Hunger (1890) is arguably the most influential Norwegian novel in history – a true classic of modern literature, and a forerunner of the psychologically driven fiction of Kafka, Camus and Saramago.

Now comics artist Martin Ernstsen has turned it into a graphic novel “with the potential of becoming as great a classic as the original novel”, according to Dagbladet’s critic Erle Marie Sørheim. " Beautiful, intense, full of humor and nerve-wracking – it doesn’t get better than this.”

Hunger is the story of a Norwegian artist who wanders the streets of Christiania (now Oslo), struggling on the brink of starvation while trying to sell his articles to the local newspaper. As hunger overtakes his body and mind, the writer slides inexorably into paranoia and despair. The descent into madness is recounted by the unnamed narrator in increasingly urgent and disjointed prose as he loses his grip on his body and on reality itself.

Arising from Hamsun’s belief that literature ought to be about the mysterious workings of the human mind – an attempt, as he wrote, to describe «the whisper of blood and the pleading of bone marrow» – Hunger is a landmark work that pointed the way towards a new kind of novel.

The drawings easily become insignificant appendages, or they obfuscate the literary nerve in the writing. Ernstsen’s ability to reveal new perspectives in a novel as well-known as Hunger without impairing the prose, is no small achievement.

Martin Ernstsen [...] displays a playfulness that suits the subject, particularly when he makes use of the comic-book medium’s distinctive characteristics to stretch the limits beyond literary realism into febrile fantasy.

Knut Hamsun’s novel Hunger is a fantastic piece of literature – Martin Ernstsen has transformed the Norwegian classic into a great graphic novel.

His visual adaptation of Hamsun’s classic…is full of surprises and compelling evocations, with the resources of a genuine graphic novel. 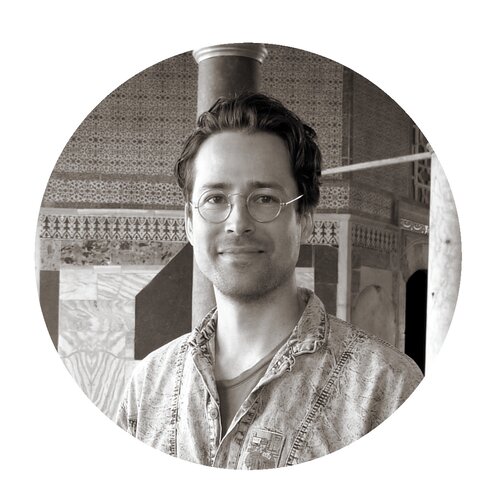 Martin Ernstsen has a bachelor degree in illustration from the UK, and a master degree in Storytelling from Konstfack University in Stockholm, Sweden.
He made his debut in 2007, and has since then produced several comic albums and books, amongst them the thriller Fugløya in 2009 and the panoramic animal fable Kodok’s Run, published in 2011.
Some of his books have been translated to other languages such as Swedish, Polish, Finnish and Danish, and his book Eremitt won an award for the year’s most beautiful comic book in Norway in 2012.
Along with his own comic publications he has also contributed to several comics anthologies internationally, and he has self-published a number of comics fanzines. He is also working as a children's book author and illustrator.

Winner of the Brage Prize 2019