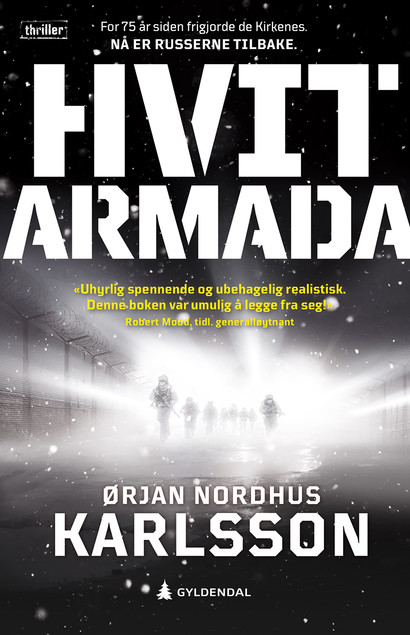 First we take Crimea, then we take Northern Norway: While Nato is riven by internal strife, cynical Russian propaganda brings Norway to the brink of war. Only a small group of Norwegian special forces can prevent catastrophe.

A nuclear accident in the Russian industrial city of Nikel sparks a stampede across the border to Norway. Following the Norwegian population’s hostile reactions, the Russian army invades Finnmark in order to help its own citizens. But the whole thing is staged and broadcast as fake news, the same formula that Putin used when he took Crimea from Ukraine in 2015 and South Ossetia from Georgia in 2008.

White Armada is a highly topical and frighteningly realistic thriller from Norway’s frozen Northern border with Russia. For the first time since the Cold War, armed conflict between the two neighbouring countries is not just possible, but likely. In a last desperate attempt to avoid conflict, Ida Vinterdal and Frank Halvorsen take on a mission from which they will probably not escape with their lives: a mission that concerns the Russian president Vladimir Putin directly.

Incredible thrilling and uncomfortably realistic. White Armada was impossible to put down.

… top-notch thriller, modern and relevant.
5 out of 6 stars

This is quite simply the most thrilling and frightening thing I have read for years. Those of us who are familiar with Norwegian thrillers know that nobody depicts war, action and armed situations more intensely and realistically than Ørjan Nordhus Karlsson ... 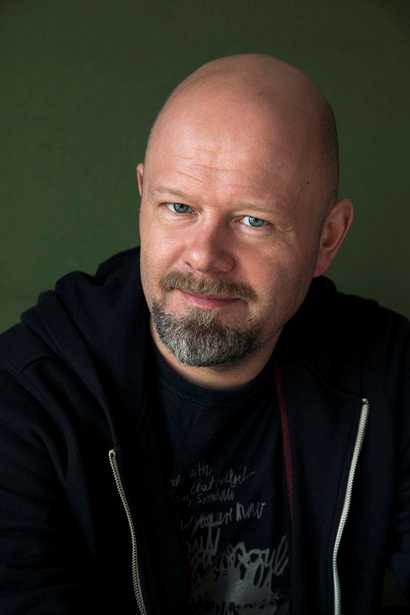 Ørjan N. Karlsson (b. 1970) grew up in Bodø. A sociologist by education, he received officer training in the army and has taken part in missions overseas. He has worked at the Ministry of Defence and is now head of department in the Norwegian Directorate for Civil Protection. He has written a large number of thrillers, sci-fi novels and crime novels for adults.
Visit the author’s homepage at www.orjankarlsson.com.