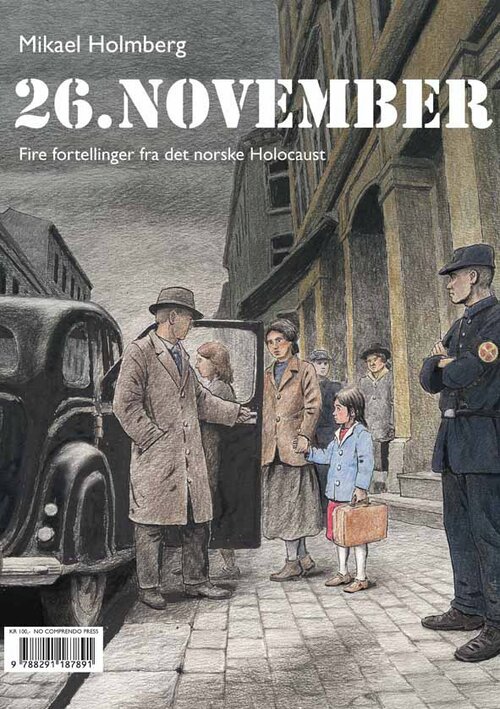 Four stories from the Norwegian Holocaust,
based on interviews with Gerd Golombek, Rosa Tankus,
Siegmund Korn and Samuel Steinmann

On November 26th 1942, Norwegian police arrested hundreds of Jewish women and children, and together with the men who had been arrested a month before, they were deported to Auschwitz.

This book tells the story about what happened leading up to this day. Four Norwegian jews, who at the time were children or adolescents, tell their stories. Three of them managed to escape, one survived two and a half years of living hell in Auschwitz and Buchenwald.

These are stories about ordinary people who become victims of a brutal system and an inhuman ideology, and about those who work for the system and those who risk their lives to help the victims.

Mikael Holmberg has published a number of comic books and children's books. He has also translated the Finnish epic Kalevala into the Norwegian.