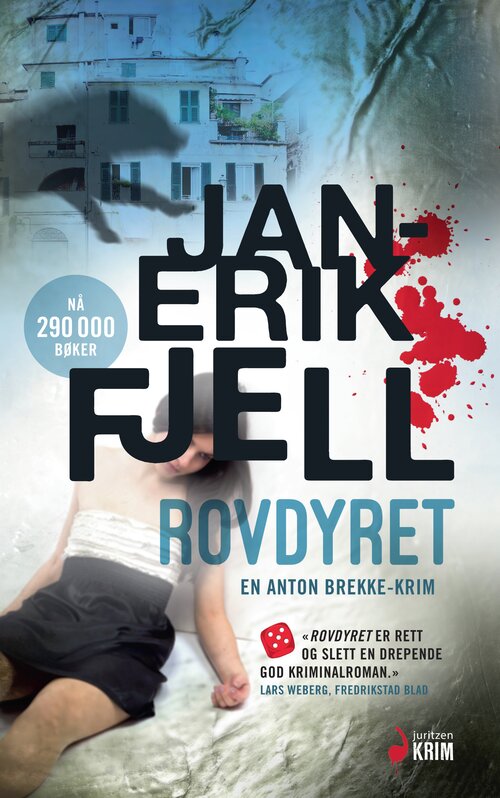 There is no shortage of surprising twists in The Predator. Oscar Fiva is serving the eighth year of a prison sentence for the murder of his friend Henrik Zahl. Fiva has always protested his innocence, and the police never found the body.

When Zahl suddenly reappears, the authorities have a legal scandal on their hands. What the police do turn up, however, is the corpse of a recently murdered victim and Anton Brekke is assigned to shed light on the case.
Meanwhile, a French contract killer arrives in Norway under the instruction of a dead man. Anton is forced to fight forces bigger than he could ever have imagined, whilst a new killing is being plotted.

“The Predator is quite simply a murderously good crime novel. “★★★★★

“The opening is brilliant … the ending intriguing.” ★★★★★

“Fast-paced and efficient. It never gets boring.” ★★★★

Jan-Erik Fjell was brought up in Gressvik, outside Fredrikstad on the west side of Oslofjord. He made his crime debut in 2010 with The Snitch, which won the Norwegian Booksellers’ Award. At the age of 28 he was the youngest recipient of the prestigious prize, and the first installment of the Anton Brekke-series was highly praised among both critics and readers. Jan-Erik Fjell has been writing full time since, and has written five titles in the series about the Norwegian superintendent Anton Brekke this far.
The Anton Brekke-series is convincing, credible and exciting crime novels with 450,000 copies sold just in Norway.