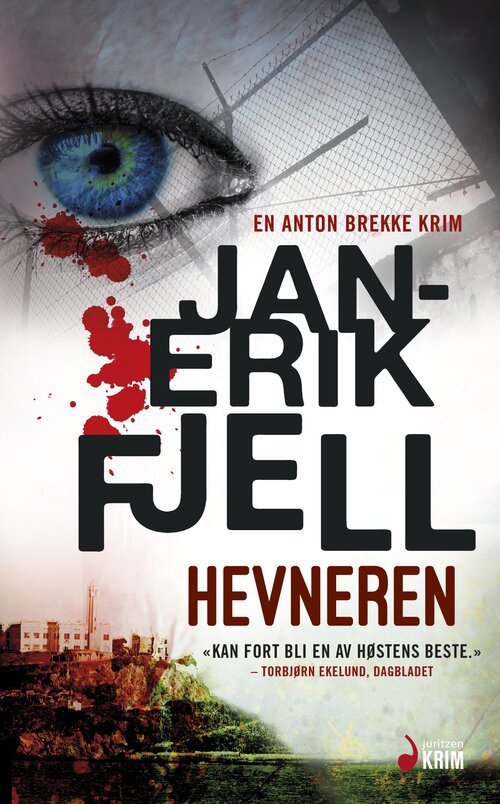 In The Avenger, Jan-Erik Fjell is at his most playful, doing what he enjoys the most: mixing Americana with Norwegian small town life, and the result is chilling.

Three stories weave together, catching a Fredrikstad couple in a deadly web: A Norwegian American incarcerated in Alcatraz in the 1960s; a group of young Norwegians going to a rock concert in 1990s San Francisco; and in present day Norway, a killer is stalking the now middle-aged San Francisco travellers, meticulously imitating a serial killer operating in the USA decades earlier.

Anton Brekke is the first on the scene when a woman is brutally murdered in Fredrikstad. But this time he is not heading the investigation. Getting arrested in a raid of an illegal gambling club was the last straw and Anton was demoted and transferred to the Order Police. He’s told in no uncertain terms to stay away from the case.

Anton Brekke does not feel like complying, he has a serial killer to catch and a point to prove.

“In by far his best book, Fjell has advanced even further as a writer of suspense… you’ll not want to put it down once you start … Fjell’s story is so original and strong that the lonely, strong and proud Danny stays at the forefront of your mind long after the book is finished.” ★★★★★

“This could be one of the season’s best crime novels. Jan-Erik Fjell takes a big step in the right direction.”

“Jan-Erik Fjell’s plots are exceptional, and the well-written scenes from the USA are up there with the best [crime writing] in Norden.”

Jan-Erik Fjell was brought up in Gressvik, outside Fredrikstad on the west side of Oslofjord. He made his crime debut in 2010 with The Snitch, which won the Norwegian Booksellers’ Award. At the age of 28 he was the youngest recipient of the prestigious prize, and the first installment of the Anton Brekke-series was highly praised among both critics and readers. Jan-Erik Fjell has been writing full time since, and has written five titles in the series about the Norwegian superintendent Anton Brekke this far.
The Anton Brekke-series is convincing, credible and exciting crime novels with 450,000 copies sold just in Norway.