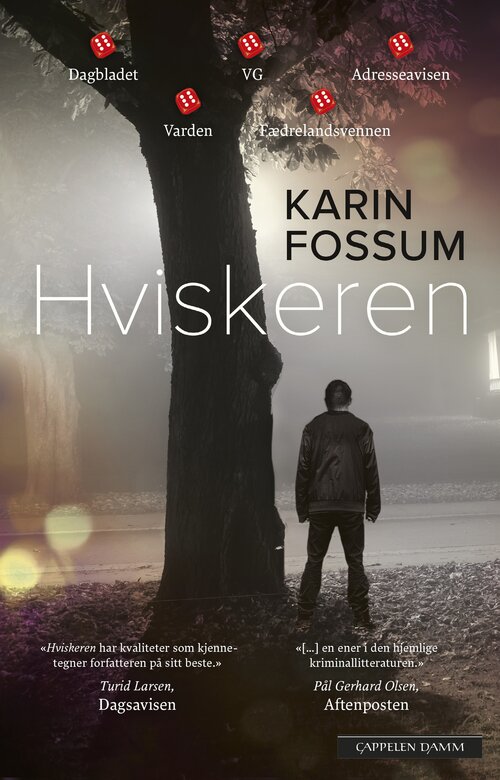 Ragna Riegel works at Europris and lives alone in her childhood home. Her parents have died and her only son has moved to Berlin, and they have no contact other than occasional Christmas and birthday cards.
Ragna lives within close confines. She likes her job because it is full of routine, she likes to sit on the same seat in the bus every day and she likes to buy the same things at the local shop each day. She must have order in her life. And she does, until one day she finds a letter in her mailbox with her name on the envelope and a clear threat written in block capitals on the sheet inside. The letter reinforces a nightmare where Ragna Riegel's life is threatened by an unknown enemy and she realises that she must use all means possible to defend herself.
The novel takes the form of Konrad Sejer's interrogation of Ragna Riegel after the worst has happened; after it is too late.

‘Hviskeren is a novel that measures up to any literature, crime or otherwise.’

‘It is her ability to make average, often wounded human psyches crackle and glow in all the colours of the rainbow that is Fossum's forte as a writer. She has an exceptional eye for fragility and vulnerability, and the complexity and dark humour of these states of mind.’ 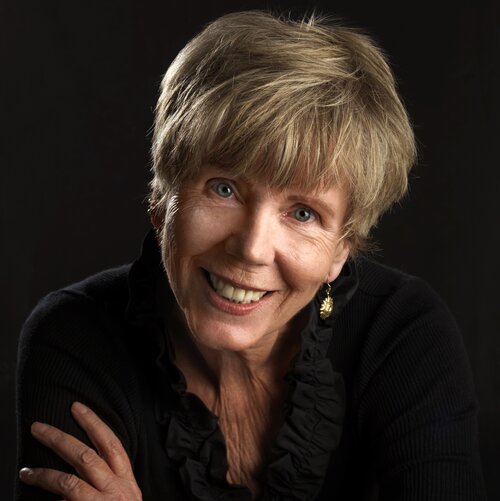 Karin Fossum (b. 1954) made her literary début in 1974 with the poetry collection Kanskje i morgen, for which she won the Vesaas First Writer's Award. She has
published books in several genres, but is perhaps best known for her crime fiction about Konrad Sejer. Several of her books have been filmed. She has received a
number of prestigious awards, including an LA Times Book Award for her novel Elskede Poona.
Karin Fossum's books are translated into 34 languages.

Selected:
Beloved Poona
Black Seconds
He who fears the Wolf
We Who are Down
The Murder of Harriet Krohn
The Drowned Boy
One who loves something else
Hellfire
The Whistle Blower
The bad intention
Do not look back
The Devil holds the candle
Eye of Eve