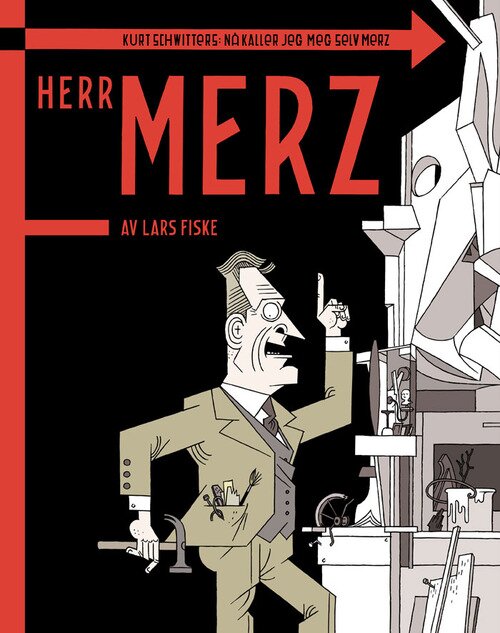 In 1919 Kurt Schwitters (1887-1948) started his own dadaist art movement Merz, in his hometown of Hannover, and became one of the great modernist pioneers. Schwitters interacted with the avantgarde artist of his time, and was himself active in a number of art forms, he shocked the establishment and irritated the dadaists.
His radical indoor structure Merzbau, perhaps the first installation in the world, was way ahead of it’s time, along with the sound poem Ursonate.

Kurt Schwitters fell in love with Norway and stayed there every summer during the 1930s, and when the nazis labeled his art as degenerate in 1937, he went into exile in Norway, before leaving for England in 1940. He built two versions of his Merzbau in Norway (both are now destroyed), in Lysaker, Oslo, and Hjertøya, Molde.

‘wonderful ... dozens of interesting and fun details and side stories … Fiske proves once again that comics can be just as serious, informative and educational as professorial, biographical interpretations." Numer

"Fiske has absolute control over every square millimeter … in direct dialogue with Schwitters’ own language and emulates his aesthetics in both page-compositions and color schemes, and at the same time Fiske’s own stye is dominant." Aksel Kielland, Klassekampen 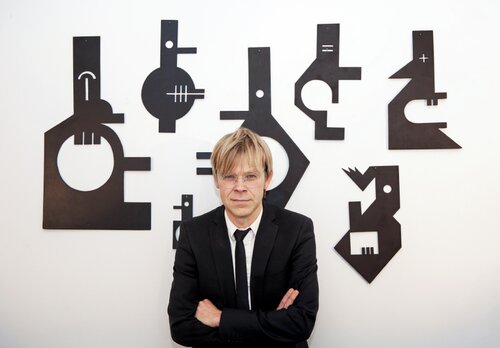 Lars Fiske was educated as an illustrator and graphic designer at Konstfack in Stockholm, and Otis Parsons in Los Angeles, 1988-92.
Fiske has published several comicbooks and children’s books, and has done illustrations for many of the largest newspapers in Norway and Sweden as well as public space commissioned artworks in Norway.

His work is widely exhibited and collected by several galleries and institutions.
He has also won several awards for his work.