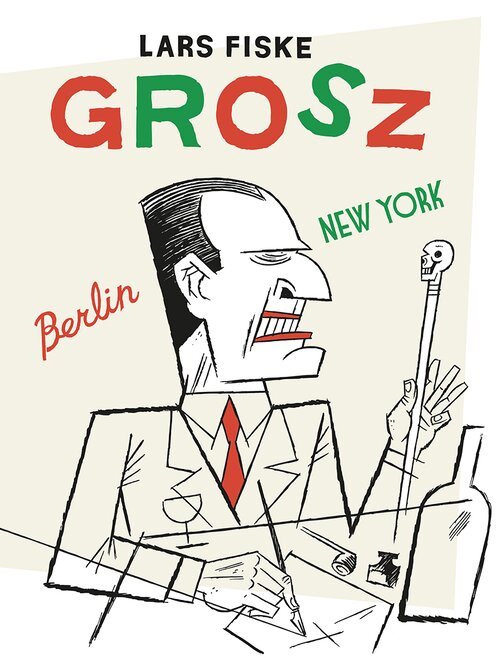 George Grosz (1893–1959) was a German fine artist, cartoonist, and teacher who drew from pop culture, was active in the Dada and New Objectivist movements. In this graphic biography, written and drawn by Fiske, angular art lays Kandinsky-like lines over scenes set in anything-goes, post–World War I Berlin: connecting, emphasizing, tracing movement. Curves evoke the fleshy sex of Grosz’s work. (Fiske channels the exuberance and fascination with line that typified Grosz’s work, and more generally early to mid-century art movements.) Symbolically, Fiske uses two colors—red for Berlin, a slash of Grosz’s lipstick, a flash of tie—and green for the jazz and trains of New York, where Grosz would flee from Nazi Germany. Fiske’s thoughtful Grosz is a far cry from the plodding pedantry of the graphic hagiographies that earnestly clutter library shelves; it’s a work of art in its own right.
(presentation by Fantagraphics for US-edition) 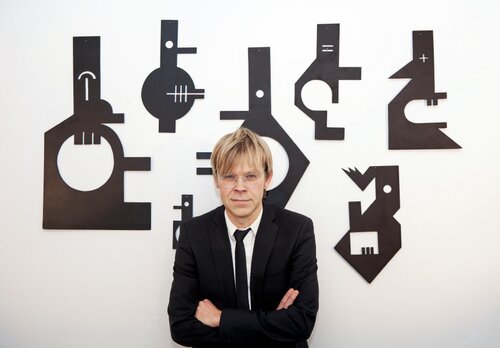 Lars Fiske was educated as an illustrator and graphic designer at Konstfack in Stockholm, and Otis Parsons in Los Angeles, 1988-92.

Fiske has published several comicbooks and children’s books, and has done illustrations for many of the largest newspapers in Norway and Sweden as well as public space commissioned artworks in Norway.

His work is widely exhibited and collected by several galleries and institutions.
He has also won numerous awards for his work, Grosz was awarded Årets Tegneserie/ Comic Book of the year 2017.