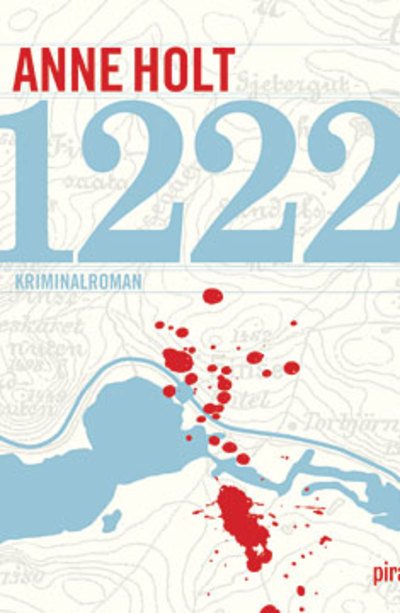 1222 is a thrilling story of how a group of disparate people find themselves stuck in a hotel during an apocalyptic snow storm. Following a dramatic train derailment at Finse, the conflict between the survivors escalates while a furious hurricane threatens the unprotected village. Nobody is there to help, and there is no way out of the inferno for the survivors hiding out. On the first night at the hotel, a man is found shot and murdered. The victim is Cato Hammer, a priest known nation-wide for his ability – and desire – to get in the papers. Hanne Wilhelmsen, retired Inspector at the Oslo Police, is drawn into a race against time, a murderer, and the worst storm in the Norwegian alps on record. She loses the first round. Soon, another one of God’s servants is murdered, when an icicle cuts through his body…

1222 is a playful wink to the classic whodunit, while Anne Holt maintains distinct references to our own time and the destructive prejudices of modern man. It is the eighth installment in the Hanne Wilhelmsen series.

What makes the book so enjoyable to read is primarily Wilhelmsen’s thoughts … and the gratifyingly dramatic situation: a whodunit buried in snow.

This book was a pleasure from start to finish. Anne Holt’s 14th book is a dazzling and classic crime story. /…/ 1222 is a brilliant thriller that will hopefully find many readers. Perhaps the best this year?

For 15 years Anne Holt has put a silver lining on the reading experiences of all crime fans. /…/ It has become more intimate and the understanding of Hanne Wilhelmsen deepens. /…/ It is suspenseful. 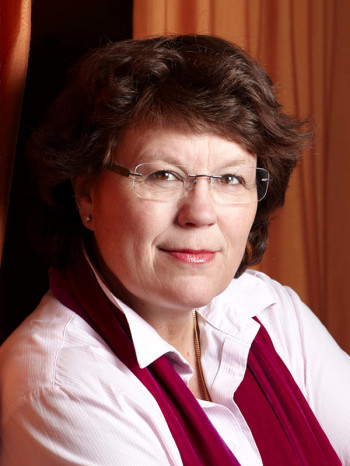 In Dust and Ashes
Offline
Beyond The Truth
No Echo
Dead Joker
The Lion’s Mouth
Death of the Demon
Blessed Are Those Who Thirst
Blind Goddess
Sudden Death
Arrhythmia
What Dark Clouds Hide
Fear Not
Madam President
What Never Happens
What Is Mine
May-Britt, March-Britt and the Peachy Pug
May-Britt & March-Britt