The story about the places we abandoned

Deserted farmsteads hold a special attraction for us. Nature is slowly engulfing their buildings, wiping out the traces of human activity. In this book, the author Øystein Morten seeks out a number of these farms, and lets them tell their own stories.
Some farmsteads are so overgrown that they’ve almost disappeared. Others appear almost like they did the day they were abandoned – a calendar still hangs on a wall, a doll lies on a neatly made bed.
Through text and images, Deserted farmsteads in Norway provides glimpses of this rugged country’s recent and ancient past. From the faded ballrooms of a former grand estate in Østfold county to a little cluster of windswept houses seeking refuge under the side of a mountain in Sogn county, “Deserted farmsteads are little museums where time appears to have stopped. Oftentimes they’re not easily interpreted. In this book I’m trying to collect remnants of the past to understand them, before everything turns to moss and dirt,” says the author in this important book, telling stories through text and photos, connecting the reader to her recent past. 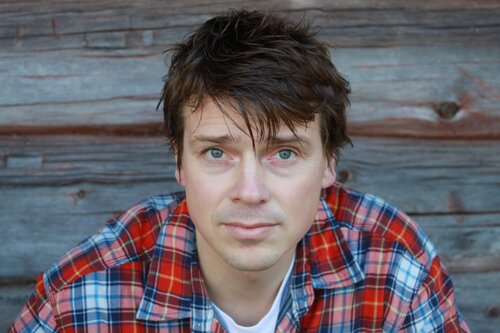 Øystein Morten is a historian and author. He has released a string of critically acclaimed books, such as The Search for Saint Olaf (which was awarded 6/6 stars by Norway’s largest newspaper, VG), and The Search for Sigurd the Crusader.

Pål Hermansen is one of the country’s most distinguished photographers. He has contributed to 22 books, and has been published and celebrated all over