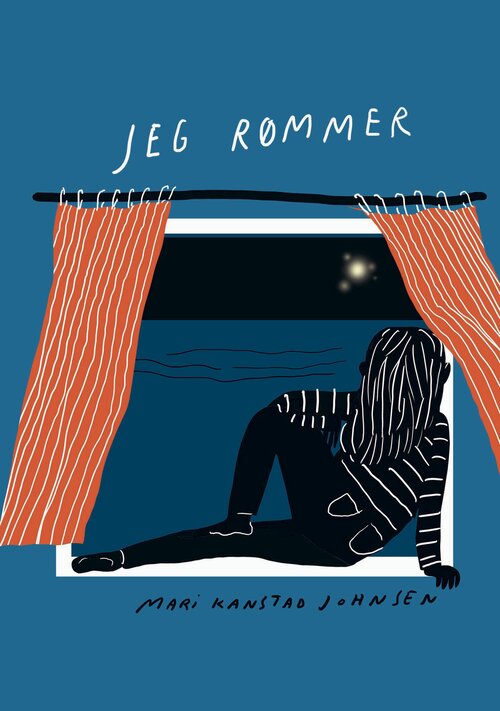 In 2015 Gyldendal added a new genre to the book palette! WORD-FREE books. These are books that can be read by proficient and poor readers alike, but that give those less proficient in the 6-9 target group that special feeling of finally having read a whole book. On their own!
The word-free books do not contain a single word, but are read by following the illustrations, discovering details, patterns, feelings, action – solely by concentrating on the visual aspect. A skill our youngest readers often possess.

The word-free books aim for the target group that ought to be able to read, but needs a reading experience that motivates and inspires them – and does not exclude them from the literary universe. Of course it’s possible to read a whole book without having the traditional understanding of reading completely under one’s belt!
To tell a story without using words is an extremely demanding exercise and Gyldendal has asked some of the best visual story-tellers in Norway to do it.

About I'm Out of Here:
When you’ve moved to a new place, far away from your friends and your old school class, then it’s not so unusual to feel a little lonely. Maybe the new class will become friendlier after a while? Or maybe not. Maybe one needs a clever trick to make new friends – how about a luminescent rabbit?

Special mention in the 2017 BolognaRagazzi Award

It is a demanding task to tell a story without words, but Kanstad Johnsen and Kjølberg have succeeded with flying colors. We want more! 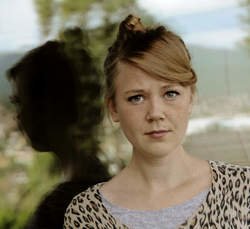 Mari Kanstad Johnsen works as an illustrator and artist. She made her debut as a children book's illustrator with Barbiedoll Nils and the Pistol Problem in 2011. Her debut as an author came with Scary Holiday in 2013.
Kanstad Johnsen is one of the participants chosen for NORLA’s development programme for new literary talents “New Voices”, a part of the project of Norway as Guest of Honour at the Frankfurt Book Fair in 2019.