Roar
The Life of a Triceratops

Roar is the name of an amazing Triceratops fossil that was recently discovered and excavated. This book tells the whole story about Roar.

How did this herbivore with such an enormous head really live? How did it fare against enemies like the T-rex? And how do you actually find a fossil? Jørn Hurum is one of our foremost science communicators. In their well-known style Jørn and
Torstein takes us on an exciting journey back to the Cretaceous period. The book, which is illustrated by one of Norway’s most talented nature illustrators, also contains a wealth of exciting facts about discoveries and excavations of fossils, and about dinosaurs in general. 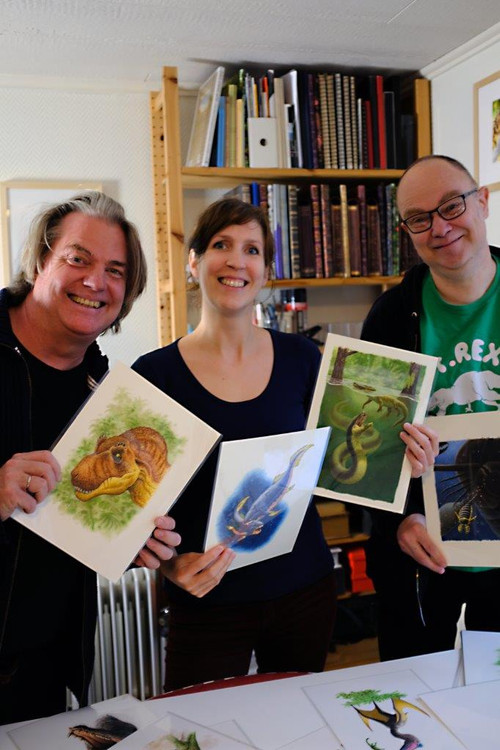 Jørn Harald Hurum (b. 1967) is a paleontologist and one of Norway’s foremost science communicators. He is a professor at Oslo’s Natural History Museum, and has since 2004 led a team that excavates large marine reptiles from the time of dinosaurs on Svalbard.
Esther van Hulsen (b. 1981) is a Dutch artist, painter and nature illustrator living in Norway. She is a graduate of the Kunstacademie Minerva Groningen in The
Netherlands. Van Hulsen has illustrated a number of award-winning non-fiction books for children about prehistoric animals.
Torstein Helleve (b. 1964) works with research communication and information in the Department of Pharmacy at the University of Oslo.