Dag Hundstad
The Silver Schooner: The story of the mutiny on the «Plattsburg»

A dramatic, brilliantly entertaining true story − as exciting as a crime novel.

In the summer of 1816, the schooner "Plattsburg" is on its way from Baltimore to Turkey to buy opium. As many as 19 crates of silver and gold coins have been loaded on board. The captain is a slave driver, and while the ship is crossing the Atlantic, there is talk of mutiny under deck. The ship holds values that will allow the crew to live carefree for the rest of their lives. After several attempts, the crew manages to throw the captain and two other officers overboard. Now the mutineers must find a distant place to hide in. They end up in the harbour Kleven outside the small town Mandal on the south coast of Norway. Here they lead an extravagant life as big spenders, and their wild behaviour makes its mark on the small place.
The rumours eventually reach the American consul in Kristiansand, but by then the crew has already fled. The hunt for the mutineers takes place in several countries in Europe. Most are eventually arrested. The American naval ship USS "Hornet" is sent to Copenhagen in 1818 to bring the mutineers to Boston, where four of them are hanged.
Using Norwegian and international sources, the historian Dag Hundstad paints a vivid and dramatic picture of the fateful journey and the hunt for the guilty around Europe. 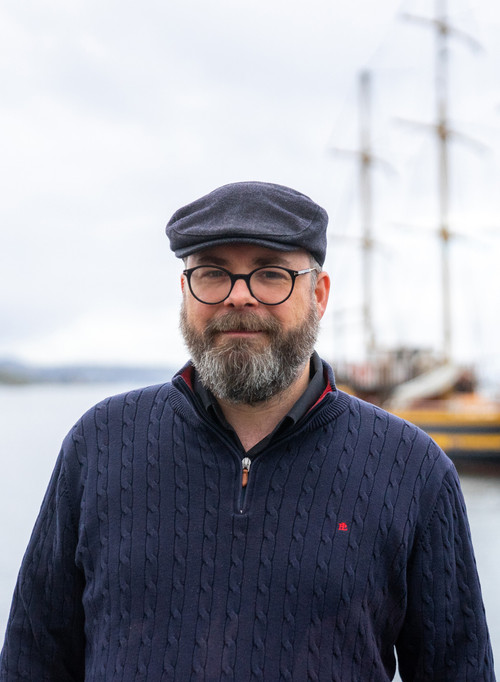 Dag Hundstad (b. 1976) is a historian with a Ph.D. from the University of Bergen. Head of Department at Inland Norway University of Applied Sciences. He has written several books with special emphasis on coastal culture and the South of Norway.