The prime minister is kidnapped and the terrorist behind the attack has one demand: That the politicians play a chess game where the prime minister’s life is on the line. Each piece on the chess board represents politicians, media personalities, business leaders and other influential public figures. Every time the terrorist wins a piece, a person must pay with their life.

Before the first move is made a semi-trailer pulls up outside the parliament building. The sides of the trailer are blown off and sitting on the loading platform is the Prime Minister in a glass cage. The game is on and the game clock is ticking. So does the clock on the bomb display attached around the prime ministers neck.

The parliamentarians are faced with an impossible dilemma. Should they sacrifice the prime minister to save lives? The emergency squad’s officer Anton Block is fighting an almost impossible battle against the clock to find the terrorist, stop the killings and save democracy, all while the world is watching every move.

'The use of chess in this novel is made with a level of ambition I have never before seen in literature.'

'A rambunctious successful crime where all the pieces on the board are moved masterly.' 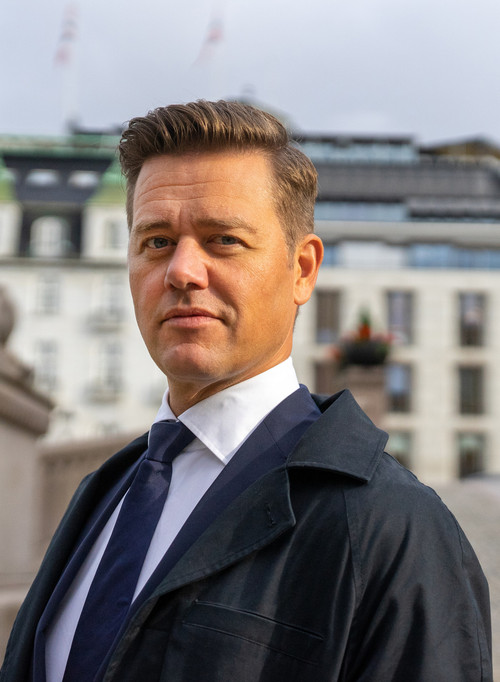 Johan Høst (b.1971) debuted with the action thriller The Nation’s Gambit in 2022. The book good rave reviews in the press and film rights were sold before publication. The book is the first in a planned trilogy. He works as creative director and copywriter for an advertising agency he founded. He is also a former curling player – and four time Norwegian champion in the sport. Høst was born in Denmark, but moved to Norway as a child. He now lives in Lillehammer with his wife and three adult kids.