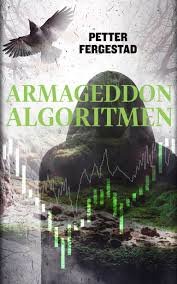 Climate scientist Leif Linge has developed a controversial algorithm. It proves that the rise in global temperature is not human made. At the same time, horror strikes in Drammen. One person after another mysteriously disappear. A supernatural figure seems to appear at every disappearance.

The sect leader, reverend Lund, proclaims that this is the beginning of judgement day; the false prophets will receive their judgement first. Reverend Lund sees Leif Linge’s algorithm as a confirmation of his message, and the two form an alliance with unexpected consequences. The scene is set for further drama when Leif Linge enters into a relationship with the reverend’s daughter. The scene is set for Armageddon.

The Armageddon-algorithm is a mystery thriller with a message. It is an excursion along the narrow path between genius and madness, where startling discoveries and grand delusions thrive on either side. As do also figures of authority, such as proponents of IPCC, God and Allah.

The story is fiction. The temperature curve Leif Linge presents – with disastrous consequences – is not however. The author has developed a formula that accurately describes historic variations in global temperature throughout five millennia. This enables him to predict future temperature variations with reasonable credibility. The result is surprising.

"Everything consists of nothing. When we die, we go from being nothing to become everything.
The novel is taut with tension; it is action filled, paradoxical, playful, philosophical.
Faith meets proof.
Facts meet fiction
Occultism meets science" 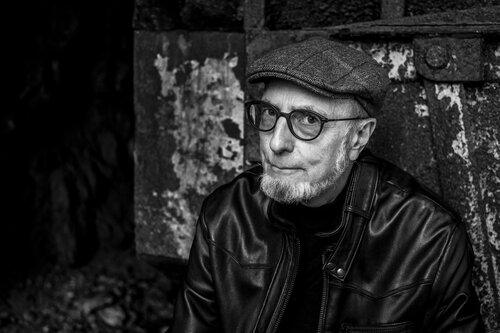 Petter Fergestad is 78 years old, with a Ph.D. in electrical engineering. He has established and managed several companies, holds several patents, and has worked on wave phenomena, mathematics and systems development throughout half a century. This background has provided a unique basis for the story.

Despite being the author’s first adult book, The Armageddon-algorithm went straight to the top ten best-seller lists in Norway. Bookstores all over the country have the book conspicuously displayed on their best-seller shelves. The Armageddon-algorithm is the first novel in a trilogy. Forfatterdrøm will publish the second book – And the powers of the heavens shall be shaken – already in January 2018.