Olav Rokseth
Remember you must die

PST investigator Ellen Marie Moi was the target of an assassination attempt in Syria where she was to meet a jihadist with important information about Norwegian jihadists. Her colleague Camilla Egernes is kidnapped during the attack. Back in Oslo, Ellen Marie hires former intelligence agent Alex Borge, half Syrian, to travel to Syria and rescue Camilla.
Alex is known for his remarkable ability to blend in, to work unnoticed under cover. The journey into Syria is also a search for his own father whom he has never met. Alex manages to infiltrate the group that kidnapped Camilla. He gains increasing respect for the group's charismatic leader. At the same time, two Syrian terrorists are on their way to Oslo.
Is there a connection between the kidnapping of Camilla and the terrorist threat against Norway? In Oslo, Ellen Marie must realize she can no longer trust Alex. And she must figure out the terrorist threat before it is too late. In Syria, Alex has to decide which side he belongs to.

Intense and intelligent psychodrama with great political overtones. This thriller fortifies Olav W. Rokseth's position as one of our most interesting and relevant thriller writers.

... realistic, exciting, fierce and, not least, tender - could you want more of a thriller?

A brilliant Norwegian thriller... Rokseth transcends most of foreign literature in the same genre. 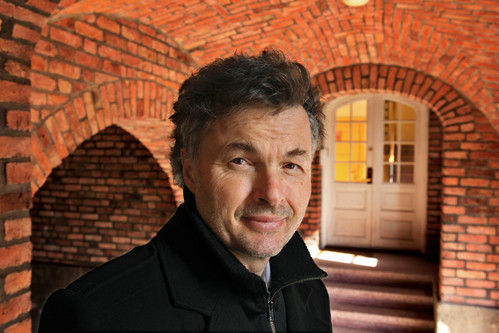 Olav Rokseth is a Norwegian author and journalist. He has previously published three critically acclaimed thrillers. Rokseth has worked for a number of newspapers and magazines, and has made several extended trips to Latin America and Asia as a freelance journalist. He has also made research trips to Afghanistan.