Blood Ties is the second volume of the “Clara series”, a modern-day family tragedy. The novel is spun on the themes of grief, betrayal, love, blood ties, and impossible choices. Clara, our eccentric heroine, has recently become a widow and a single mother.

When we meet Clara in the opening of the novel, she has just been appointed Minister of Justice in Norway, a demanding job for anyone – especially for a single mother. From the moment Clara assumes the position, the level of threat against her is categorized as critical. Despite this, she refuses to accept added police protection.

One month after her appointment, Clara comes home to an empty house. Her twin sons, aged nine, have disappeared without a trace. A letter informs her that they will be killed, should Clara inform anyone about their abduction. Clara faces her biggest challenge yet – to find and rescue her sons before time runs out. Will the otherwise invincible Clara manage to find her sons by herself, or are the odds now impossibly stacked against her?

The series is set in urban Oslo and in the dramatic landscape surrounding the deep fjords of Western Norway, where Clara spent her childhood. Blood Ties is a gripping page-turner rendered through a beautiful, tight, and precise prose. 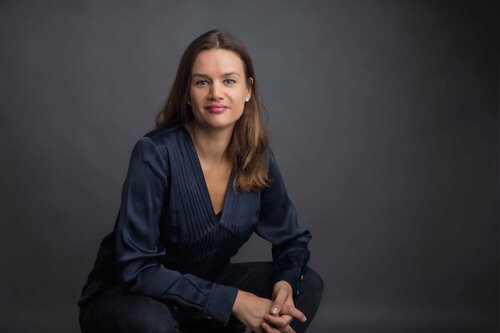 Ruth Lillegraven debuted with a collection of poetry, Big Bad Poems, in 2005. Since then she has published a novel, six poetry collections, the narrative long-poem Sickle is translated into several languages. Lillegraven also writes children`s books and plays. Her work has been nominated for several awards, and won, among others, The Brage Prize and Nynorsk Literature Prize.

The first novel in Lillegraven's “Clara series”, Everything is Mine (2018), has been enormously successful, including multiple international sales, and the sale of film rights to Nordisk film.