It is Year 81 in a new era. Humans have built new cities. The tallest of all is Utropolis – a place with little space and insatiable energy needs. Where does the energy come from? What becomes of the dead? And what goes on out in the shantytowns? The Hearse is an intricate, exciting graphic novel about people seeking answers and authorities who treat the populace like idiots – all conveyed in Karstein Volle’s unique drawing style. 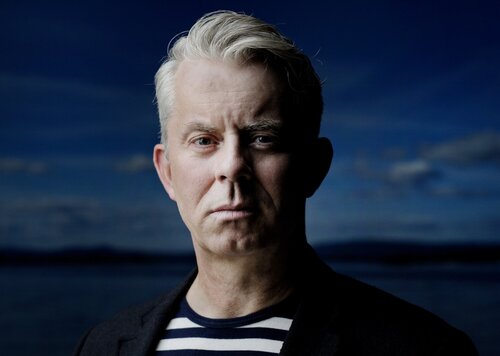 Karstein Volle (f.1974) is a cartoonist, illustrator and musician. He has published ten graphic novels, and is well known for the widely published cartoon Facts about the World.