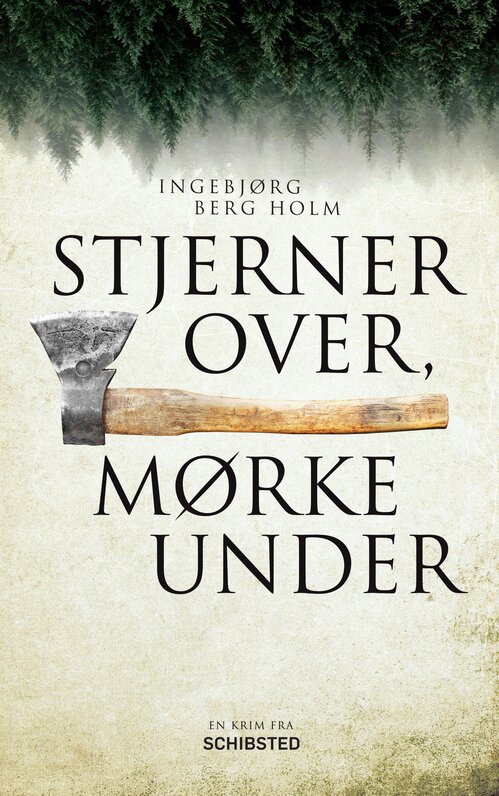 An evocative and historical crime novel set in Hurumlandet at the end of the 19th century. A man is found on a clearing in the woods - seemingly peaceful, with a gentle expression on his face. But the back of his head is crushed and his clothes soaked in blood. Sheriff Thomas Tinnvik bearly manages to keep the nausea away. Interrogation at the nearest farm reveals that the deceased is Lars Holte, a man who traveled to Canada ten years ago and has not been seen since.

It's easy to get caught up in this story. 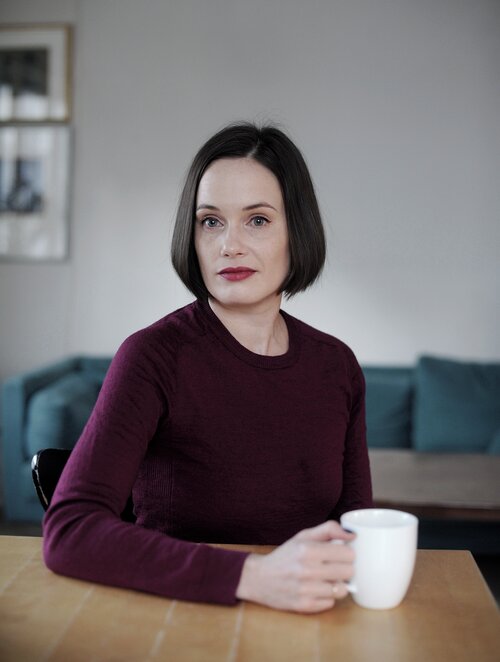 Ingebjørg Berg Holm (b. 1980) was nominated for the prestigious Riverton Prize for this debut thriller Stars Over, Darkness below. She also won the crime debutant award (The Maurits Hansen Prize) for this critically acclaimed debut thriller.
Her second historical thriller Barefoot over the Ice was published in 2018. Raging Bear is her third thriller and will be published early 2021.
In addition to being an author Ingebjørg Berg Holm is also an interior architect with a master's degree from the Bergen Academy of the Arts. She lives in Bergen with her husband and two children.