Elastico
Sometimes you have to lose everything to win

Ibra dreams of being selected for the Norwegian youth national team as well as winning the heart of the cutest girl in the class. But he has a rival on both fronts.

Ibra fights hard to reach his goals, with and without the ball, while everything seems to be unraveling around him. Elastico is a story about football, love and
friendship. But it is first and foremost a story about getting to know oneself.

The award-winning author and former football player Michael Stilson has written an easy-to-read and compelling story for children and youth in comic book format. On his team he has one of our best cartoonists, Luis Guaragna. Together they have created a story that is a compelling drama no matter what relationship the reader has to football. 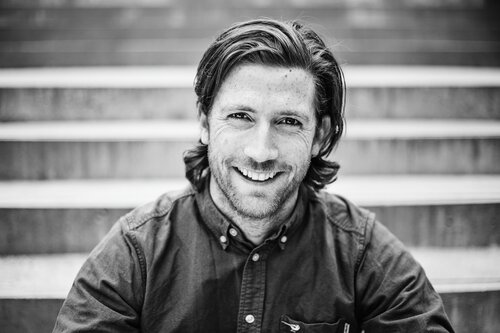 Michael Christopher Stilson (b. 1987) is from Trondheim and debuted as an author in 2018 with the youth novel Just play ball for which he received the Trollkrittet Award (NBU’s debutant award) and the U-Award. He is educated as a teacher and has played football for Mjøndalen IF and Ranheim Football teams. Stilson has contributed to the TV series Heimebane (Home Ground) and has made a TV series for NRK about life as a football player.
Luis Guaragna (b. 1973) is an Italian-Argentinian cartoonist, illustrator and game designer. He has worked a cartoonist for many years, and has been published in Argentina, Brazil, USA, France, UK and Spain. Luis Guaragna lives in Tromsø.