First book in a new dystopia series for Young Adults.

I don’t remember there being much crying, that sort of thing. No one made a fuss. It was as though we knew that we had put a brave face on it. Because, like the grown-ups said, we’re the ones who are going to have to save the world.

A highly contagious virus has been ravaging the planet for years; the remaining survivors live in a handful of hermetically sealed cities. One of them is Fjordbyen, a few built-up city blocks deep into the Oslo fjord.

This is where Alm is growing up, oblivious to who her parents are, to what’s really out there, and to who she actually is. Once she’s old enough to be put on active duty, she’s allowed to leave the settlement for a few hours for the very first time. What Alm discovers out there changes everything.

Øystein Stene has written a dystopic youth novel, perfect for our age. Overpopulation, climate disasters, global pandemics – none of this feels alien to us anymore. The Law of Breathing is the first book in a trilogy about Alm. 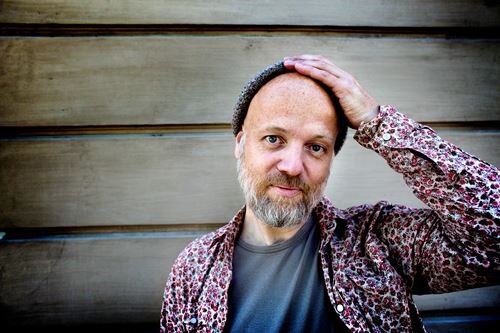 Øystein Stene (b. 1969) is a writer, playwright and director.

He made his fiction debut with Master of Patience in 2003, which was followed up with The Bearer of Shame (2006) and The Necromancer (2011). In 2014 he published the acclaimed Zombie Nation. He has written and directed stage plays and feature movies, as well as a book on the history and art of acting. He teaches at The Academy of Theatre in Oslo.