What Happened to You?

Janne isn’t like the rest of her family. That’s what Grandma says. The others are slim, while Janne is big. What happened to her?
Grandma isn’t the only one who comments on Janne’s appearance. People at school do, too. Janne is comfort eating and cutting herself off from others, but suddenly her parents suggest a solution to the problem: For every kilo she looses, she’ll get 100 kroner. Janne goes along with the agreement and slowly but surely, she gets smaller. But does she get any happier? And does it solve her real problems?

What Happened to You? is a powerful, brave and thought-provoking graphic novel about friendship, being an outsider and living with eating disorders. Jenny Jordahl delivers an important and absorbing story for children and young people aged 9 and older. 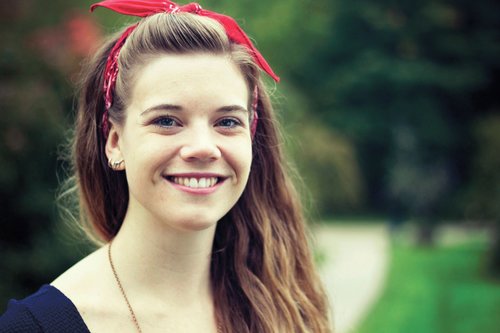 Jenny Jordahl (b. 1989) is an illustrator, designer, blogger and cartoonist. She is well known for her collaborations with feminist writer Marta Breen on books like The F Word, 60 Women You Should've Met, and the international bestseller Women in Battle. The F Word received the Norwegian Ministry of Culture's Textbook Award in 2015.

Jordahl illustrates a regular environmental children’s column for Norway’s largest daily newspaper Aftenposten, and does her own cartoon series: Life among the animals. In 2017 she made her debut as a children’s book author with her self-illustrated book Hannemone and Hulda.