Henrik Ibsen was indeed a strange man. As a person he was insecure, shy and humble – but also generous, shrewd and brilliant. He ingratiated himself into royal circles and raged against the authorities; was reserved one moment, demanding the next.
As a writer he was searching, vivid, innovative and ingenious. The contradictions within him were many – vanity and anarchism, servility and sovereignty. He was both suspicious and a loyal friend; domineering and yet kind.
He experienced an intense longing for life, but devoted himself entirely and absolutely to his work.

Henrik Ibsen (1828–1906) was the son of a bankrupt merchant from Skien. He lacked any formal education or familial support, but still ended up renewing the genre of drama for an entire world. From a literature which had so far described the passions of kings and princes in great sweeping romances, he created a drama in which the same conflicts devastated ordinary people in familiar surroundings. Henrik Ibsen created the drama of the middle classes.

An innovative masterpiece! Sverre Mørkhagen has written an impressive and courageous biography that changes our view of Henrik Ibsen… It’s a brilliant and extremely interesting book. Yes, quite plainly a bold biography... exciting, dramatic and simply a pure joy to read.
6 out of 6 stars

This has to be the ultimate Ibsen biography. Sverre Mørkhagen is distinguished by a masterful intertwining of Henrik Ibsen’s life and poetry, and with excellent use of modern standard Norwegian. 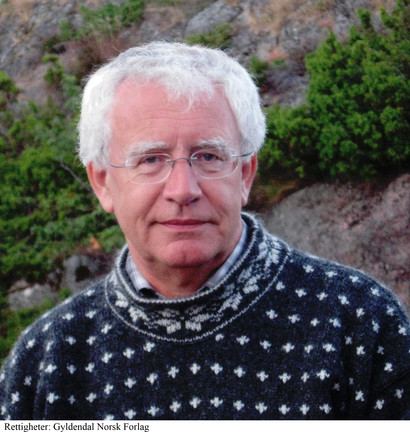 Sverre Mørkhagen (b. 1949) has a candidatus philologicae degree from the University of Oslo. In addition to writing books, his professional background includes journalism, communications consultancy and many years in publishing, as both an editor and manager. He has spent the past few years working on a large-scale documentation of the Norwegian emigration to America – the first comprehensive work on the subject to be published for sixty years.