A new collection from one of Norway’s most significant and influential living poets.

The poems in White Hare, Grey Hare, Black cover a broad range of themes. Here are poems about mechanical devices and aids that have been of great significance to human beings – such as odes to sandpaper, hinges and a cast iron door. The collection also includes a series of poems, so-called ekphrases, about paintings from the now closed National Gallery. Finally, the book contains a sequence of poems of a more personal nature, including one about the late Scottish poet and Rimbereid’s friend, Tom Leonard.

As is so often the case in Rimbereid’s work, the various motifs and themes are twisted together in an intense and expansive way, so that, for example, the depiction of an explicitly political painting by Arne Ekeland suddenly becomes a portrait of the author’s grandmother in desperate prayer.

Nominated for the Brage Prize 2019

In this collection of poems, Øyvind Rimbereid writes his way towards the everyday, and something original. He wants to return to a starting point, sketching distances between a then and a now, and the poems question what really happened there, along the way somewhere.

Rimbereid contemplates art and creates poetry at the highest level.

Rimbereid’s precise and moving descriptions give me a new perception and understanding of this fabulous interior painting, where spring day enters the church”.
Henning Howlid Wærp on the poem “The Green Day”

Øyvind Rimbereid is a stimulating lyric poet. He is both familiar and fresh with each re-reading. He doesn’t settle into any mould, but explores and expands our living world.

This time [Rimbereid’s] originality and seasoned mastery are in the details, in the little things, in the tone and the phrasing.
5 out of 6 stars

In his new book, Øyvind Rimbereid creates a historical space rarely seen in poetry today.
6 out of 6 stars

This Brage-nominated poem collection is perhaps the place to start for readers wishing to enter the world of Øyvind Rimbereid. It’s intense and exciting.
5 out of 6 stars

It’s impossible not to be inspired by the rhythm and surges of Rimbereid’s poetry. 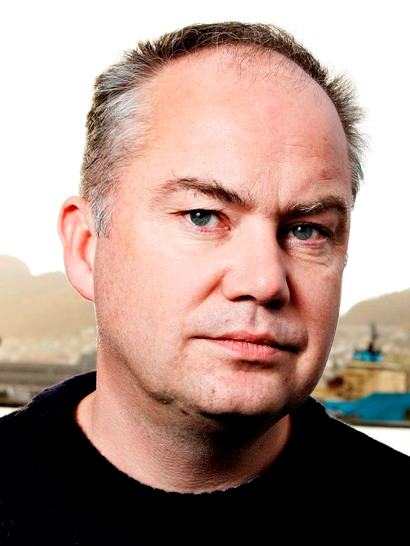 Øyvind Rimbereid (b.1966) debuted in 1993. He has published prose, poetry and essays, and has won several awards, including the Hunger Prize and the Literary Critics’ Prize for the poetry Collection Solaris Corrected. Herbarium (2008) was awarded the prestigious Brage Prize, and was nominated for the Nordic Council Literatur Prize. His poems have been published in France, Germany and the UK, and he has also been translated into Bengali and Slovakian.