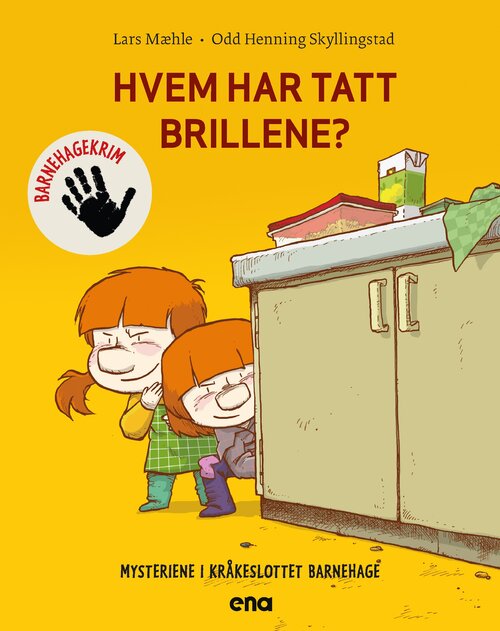 Everyone in the kindergarten is helping make vegetable soup. But amidst the commotion in the kitchen, someone needs a plaster. Suddenly Leon and Livia have a new case! Where are Elin’s glasses? They were here a second ago … Through solid detective work, the kindergarten’s very own investigators set forth to crack the
case!
Crow’s Nest Kindergarten Mysteries is a playful series of books written by Lars Mæhle, illustrated by Odd Henning Skyllingstad. Leon and Livia, Crow’s Nest Kindergarten’s very own detectives, solve mysteries relatable to all children: This is charming miniature crime fiction for children aged 3–6 years. Mæhle and Skyllingstad have created a recognizable, urban, and multicultural universe in which these stories unfold. 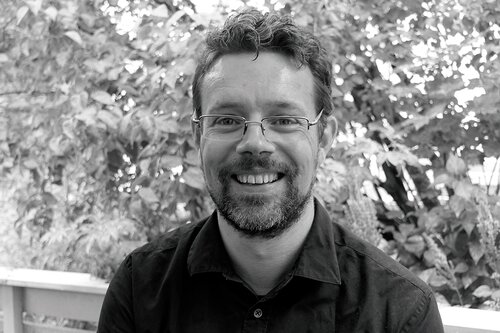 Lars Mæhle (b. 1971) has written several books for children and teenagers. His big breakthrough came in 2009 with the multi-award-winning fantasy novel The Land
Beneath the Ice. The second book in the series was published in 2014, to further acclaim and awards. He published his first book on Ena in 2016, The Counting Troll Counts to Ten (Telle-trollet teller til ti).
Odd Henning Skyllingstad (b. 1978) is an experienced cartoonist and illustrator. Skyllingstad has a degree in Animation from Volda University College. He is known for his series on the frog Kolbein. Skyllingstad also works as a librarian at Serieteket, Deichman library’s Cartoon branch, plays the guitar and is a tea-connoisseur!

Who Left the Muddy Footprints?
Who is the Bun Thief?
Where did all the socks go?
Who took the Ticket?
Where's the Mosquito?
Where is the Easter Egg?