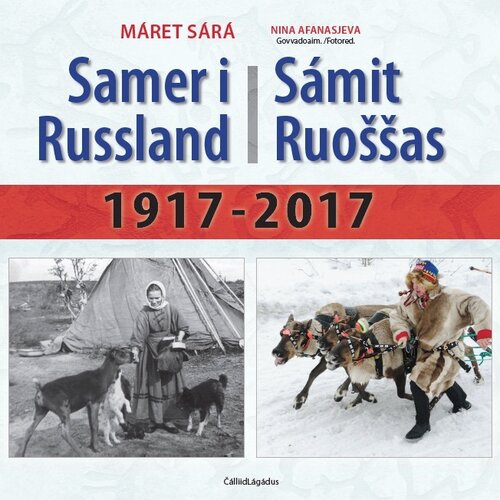 We know little about the Kola-Sámi's life throughout the last 100 years. After the first Nordic congregation of the Sámi in Trondheim in 1917, the revolution came to Russia. The borders were closed and, as to be expected, keeping up relations between families and tribes was no longer possible.
The book begins with a serene but dramatic picture of two Sámi women that meet each other in Lujávri - Lovozero in 1990. Valentina Julina's welcome greetings to Káre Somby illustrates the entire history in one sentence: "Sister, I have waited for you for 50 years. Welcome to Lujávri!"

The history and images of the book show parts of a history that, in an all-Sámi context, little is known about. The images give us an interesting glimpse in the Kola-society over the span of a hundred years. This time period can be subdivided into two periods: before and after Stalin's terror. The Cold War and the last time the Perestrojka opened the border for Sámi kinsmen to meet in the Nordic countries. Despite the tragic history of executions and deportation, the images also tell us about people with an unstoppable courage and will to survive as Sámi. 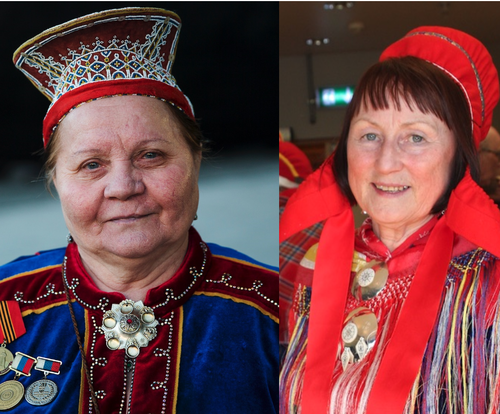 Máret Sárá (1947) lives in Karasjok. With the impressive track record of being a teacher in various several subjects, e.g.: Sámi language and special pedagogy, the director of the publisher Davvi Girji and an advisor in woman and family issues for the Reindeer husbandry administration, she has been a true asset to the Sámi community. On top of that, she has written many textbooks, especially for Sámi language teaching.
Máret Sárá is the author of the book while Nina Afanasjeva is the photo editor, collecting old photographs from Sámi environments at the Kola peninsula.
Nina Afanasjeva (1939) is a Sámi from the Kola area and currently lives in Murmansk.