What’s the Deal with the Climate?

Green Stuff – About Nature and the Environment and
Stuff Like That has stayed on the bestseller lists since
its launch, an achievement crowned with a shortlisting
for the Brage Prize. This sequel delves deep into the
ongoing climate crisis, taking a closer look at what
is about to happen, why it’s happening, what the
consequences will be, and what can be done about it.
It’s heavy, complex stuff, but handled in a smart, funny,
easy to understand way by two masters of their craft. Yet
again the authors show up as cartoon characters – in a
longer, brand new comic.
Jenny Jordahl has a unique and playful style, and Ole
Mathismoen has reported on climate and environmental
issues as a journalist for more than 30 years. The two
appear as characters in the comic strips which makes
complex and sometimes difficult topics more accessible
to the reader 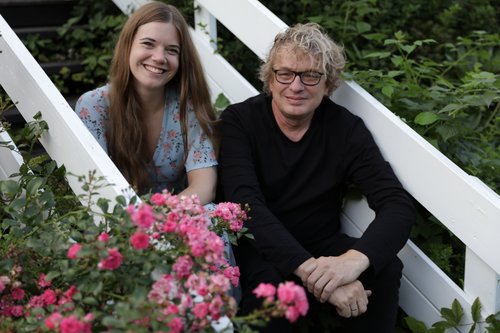 Ole Mathismoen (b. 1961) is Norway’s most highly
regarded journalist in the field of environmental issues.
He has written several books on the topic, one of
which was nominated for the Brage Prize. He has also
received the Bergesen Prize, which is an honorary
award for people who have done outstanding work in
fields that concern the general public.
Jenny Jordahl (b. 1989) is an established illustrator, cartoonist,
blogger and author of several books including
Women in battle, which is sold to 26 countries. Jordahl is
educated from Oslo National Academy of the Arts. She
is active on social media and has numerous followers on
Instagram.