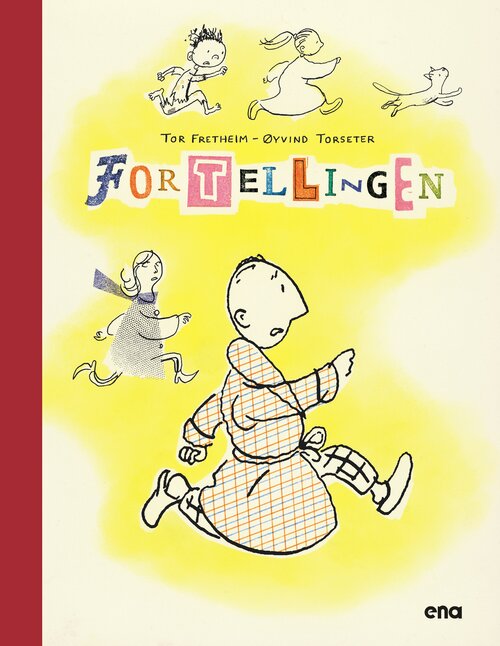 A clever picture book on the creation of a story and how
difficult it can be to capture it on paper, about how it
originates as an idea in the author’s mind and becomes
a finished story that eventually belongs to the reader. We
meet a writer who is fed up with sitting alone in front of
a blank sheet of paper and who goes out on the street
hunting for inspiration and an adventure. People soon
start following him, excited to see if he will find his story.

«The Story is a wise and slightly absurd tale of how a story is created.»

«The book is superbly crafted with its consistent design and top quality illustations .» 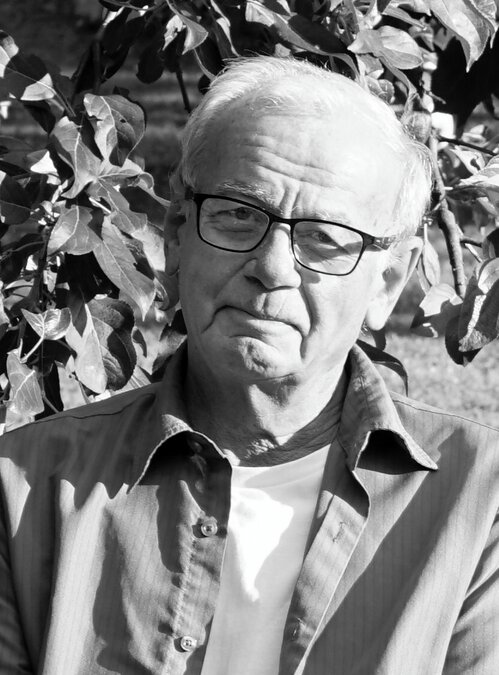 Tor Fretheim (1946–2018) wrote mostly for children and
young adults; his books have been translated into several
languages. His breakthrough was The angels stop at the
fairy tale bridge, for which he received the Norwegian
Critics’ Award. He received several awards in his lifetime
such as the Ministry of Culture's literary prize and the
Aschehoug Prize. Tor Fretheim sadly passed away suddenly
in December 2018.
Øyvind Torseter (b. 1972) has illustrated several picture
books, written by both himself and by others. In
2014 he received the Nordic Council Literature Prize for
Brown, written by Håkon Øverås. He has won a number
of Norwegian and international prizes, amongst
them the Bologna Ragazzi Award and Deutsche
Jugendliteraturpreis.