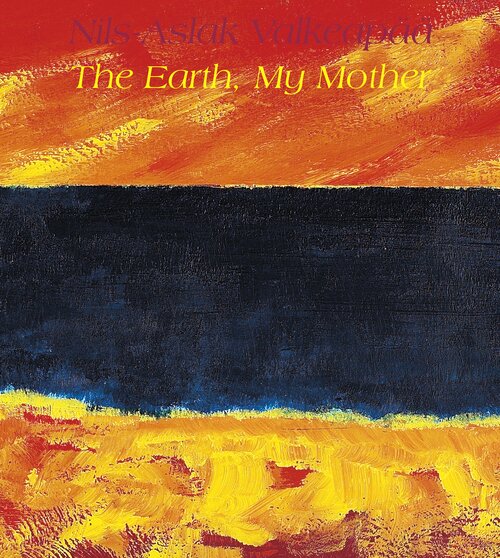 The Earth, My Mother, originally published as Eanni, eannážan in 2001, became Nils-Aslak Valkeapää’s (1943-2001) final book.
Harald Gaski, Lars Nordström and Ralph Salisbury have once more translated one of the author’s major literary works into English.

In The Earth book the Sami perspective has been expanded to embrace indigenous people around the world. The Sami stood in the center of The Sun, My Father, while the speaker in The Earth, My Mother travels far and wide to visit jungles and deserts and their indigenous peoples. It is always clear that the speaker comes as a guest, and he does not pretend to be like them even though he registers kindred values and ways of life. The Sun, My Father (1997), originally published as Beaivi áhčážan (1988), won the Nordic Council’s Literature Prize in 1991.

The book combines poetry, original art work as well as color and black-and-white photographs. In this book the indigenous peoples’ voices are expressed through poetry and imagery. The contrasts between insight and primitiveness in the traditional western sense of these words are transformed into a message about humanity’s relationship to the earth. As part of this there is also a cosmic and religious dimension of indigenous peoples’ faith and gratitude for everything that makes life good.

The images are, in addition to the author’s personal photographs and paintings, collected from various archives and photographers. 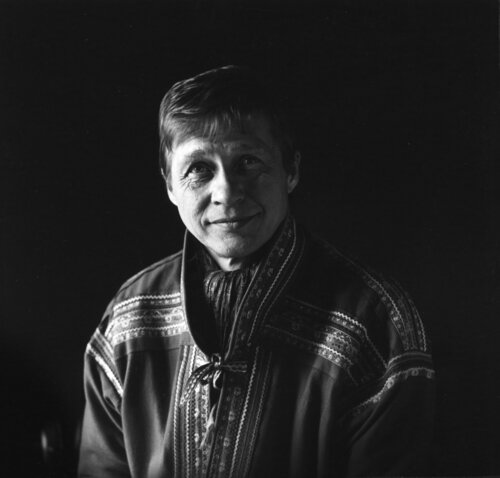 Poet. Nils-Aslak Valkeapää wrote in his mother tongue Sami and is translated into a number of languages, including: Norwegian, Swedish, Finnish, English, Hungarian, German, French, Japanese, and Faroese. His first book was published in 1971. Some of his translated books include Ruoktu Váimmus English translation Trekways of the Wind (1984) and Beaivi, Áhčážan, awarded the Nordic Council’s Literature Prize in 1991 and translated into English as The Sun, my Father (1997).

The Nordic Council’s Literature Prize in 1991 for the book Beaivi, áhčážan