On the Detour Home 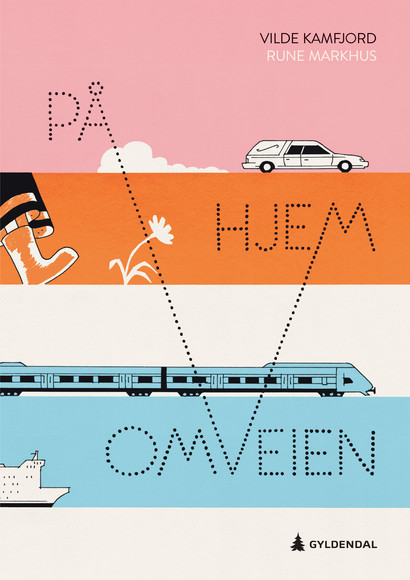 – How far are you going?
– To Lillehammer.
– What are you going to do there?
– I’m moving there.
– Lucky you. And Lillehammer is really easy – it’s the last station. You can’t get off at the wrong stop, so nobody will get angry or afraid. Or at least I hope not. I used to live there. It’s where Ronald lives.
– Then we’ll have company for the entire journey! It’ll be nice.
– We’ll see.


When she meets Britt on the train to Lillehammer, Vinde has a lot to talk about. About how to run quickly while wearing Cherrox rubber boots. About the big window she’s named after. About Ronald wearing his Superman costume, and about her mum – who left for New York in order to keep a cool head.

As Vinde speaks, questions arise. But perhaps some answers will come to light, too?

Through text consisting only of a dialogue between a child and an adult, this book immerses us in some funny situations – as well as some difficult thoughts about emotions such as guilt. The book is beautifully illustrated by prize-winning illustrator Rune Markhus. A unique and original book.

It’s not just the originality and idea behind the book that are exciting. On the Detour Home is quite simply strong, elaborate literature.

Vilde Kamfjord debuts with an original and moving portrayal of an incidental encounter between a little girl and a grown-up woman on a train.

Sprightly debut that takes kids seriously. The children’s book On the Detour Home offers up an unusually fine collaboration between author and illustrator.

A strong and innovative debut, a children’s novel that grows and expands on repeated readings.

The effortless oral language Kamfjord puts in the protagonists’ mouths provides a reading experience that in many ways is reminiscent of what it’s like to sit on the bus or train and listen to unfamiliar people exchanging words between themselves.

All textual sideshows are pared back; Vilde Kamfjord plays masterfully with the literary concept of showing, not telling. (…) Exciting debut by a decidedly promising author.
5 out of 6 stars 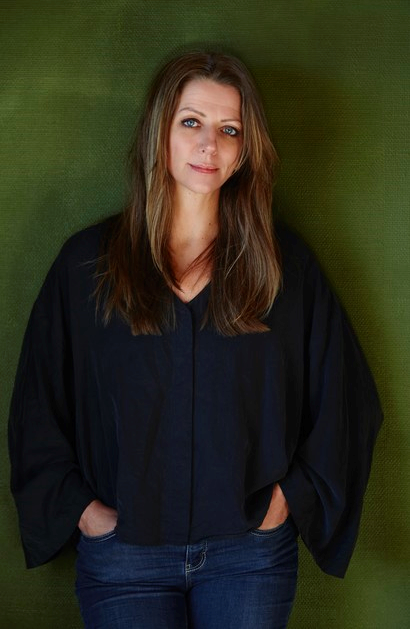 Vilde Kamfjord (b. 1974) has worked as a producer for literature at the Cultural Schoolbag programme for many years, and is behind the development of several methods to promote literacy, including Barnebokbad. She has taken a two-year course of study at the Norwegian Institute for Children’s Books. On the Detour Home is her first book.

Rune Markhus (b. 1972) is a sketch artist and illustrator. In 2016 he illustrated the word-free book Loose Screw, books that aim for the target group that ought to be able to read, but needs a reading experience that motivates and inspires them – and does not exclude them from the literary universe. He has also made, together with Magnus Holm, the critically acclaimed book about large numbers, Googolplex (2017).