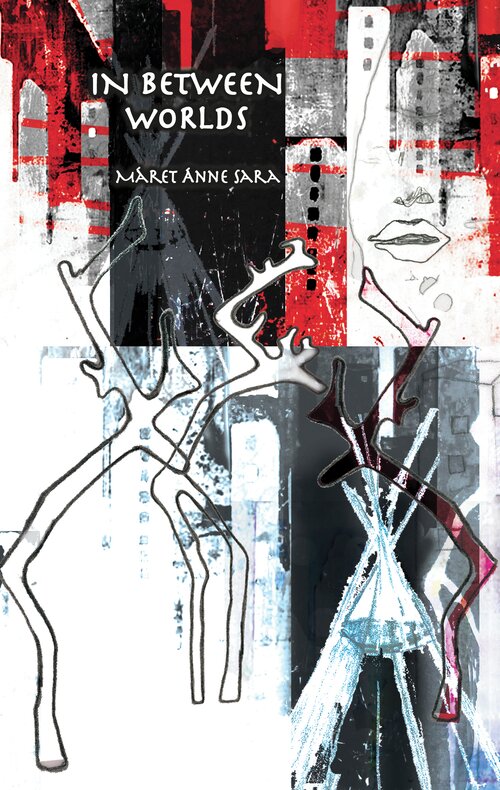 Sanne and Lemme are siblings in a traditional reindeer-herding family. The brother Lemme loves dirt biking and is eagerly looking forward to the new dirt bike track now under construction. In town, his sister Sanne meets a delirious man who babbles something incomprehensible about the ”devil’s children.”

After their father’s outburst at the dinner table about how recklessly people, including Lemme, are destroying the grazing lands that the reindeer need, just for the fun of a new dirt bike track, Lemme leaves in a huff. Sanne follows and hops onto the dirt bike behind him.

The teenagers disappear without a trace, and back at home their parents are consumed by grief and despair. Where are they, what happened? All that was found was Lemme’s dirt bike at the construction site for the new track.

In the novel In Between Worlds, the writer weaves together elements of contemporary reality and Sami beliefs to form a mysterious twilight world.

In Between Worlds is a translation of Máret Ánne Sara’s debut book, Ilmmiid gaskkas, published in the Sámi language in 2013 and nominated for the Nordic Council’s award for children’s and young people’s literature in 2014. The follow-up novel Doaresbealde doali came out in Sámi in 2014.

Novel Ilmmiid gaskkas is translated from Sámi into English by Laura A. Janda. 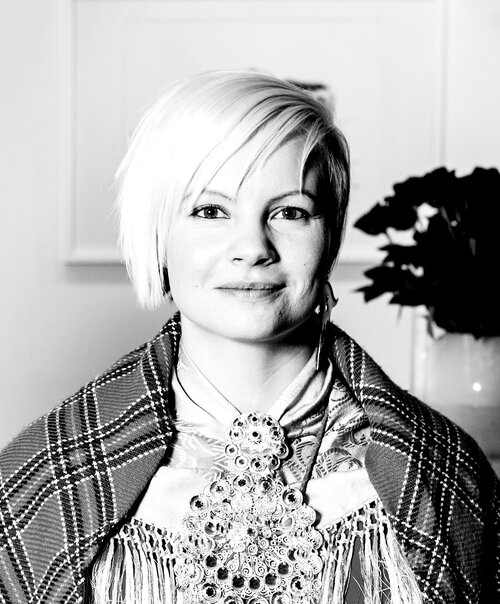 Máret Ánne Sara (b. 1983) is an artist, author and journalist. She is from a reindeer herding family in Kautokeino and currently works in her hometown. Máret Ánne works with both visual arts and authorship.

Sara is currently working on the contemporary art project Pile o’Sápmi, which was presented at Documenta 14 in Kassel in 2017.
Máret Ánne has exhibited visual art since 2003 and often deals with political and social issues, from a Sami and reindeer-social perspective.
www.maretannesara.com