Morten A. Strøksnes
Shark Drunk
The Art of Catching a Large Shark from a Tiny Rubber Dinghy in a Big Ocean through Four Seasons 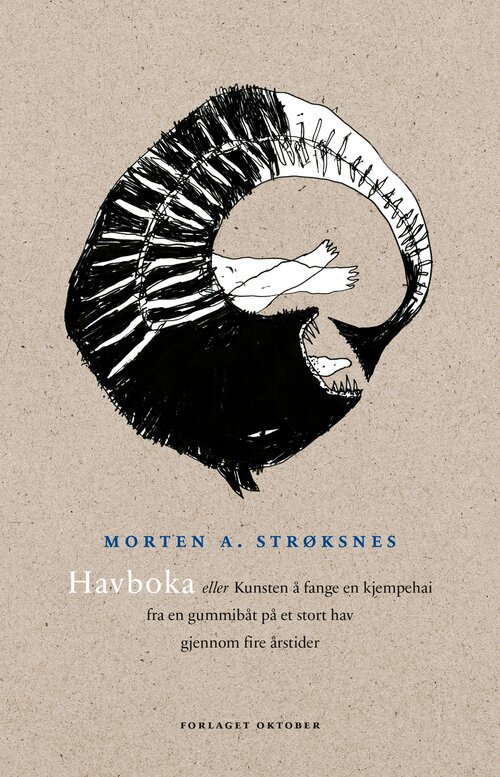 A book about a mission, the famous Lofoten islands and the art of catching a shark from a tiny rubber dinghy. More than anything: It is a book about the ocean.

At the great depths off Lofoten, rated by National Geographic as the third most attractive islands in the World, the great Greenland shark swims. This shark can grow up to eight meters long and weight considerably more than one ton. The meat of this shark contains a poison that when consumed is known to make people or dogs intoxicated.
Shark Drunk is the story of two friends who become obsessed with bringing an iconic monster up to the surface. One is the author and the other is the artist Hugo Aasjord. Hugo lives on the small island Skrova in Lofoten, in a large old fish factory that is under restoration. He has been at sea his entire life.

With Shark Drunk, Morten Strøksnes has written a superbly enjoyable book, full of knowledge, enthusiasm and excitement. Strøksnes attempts to acquire the ocean’s swaying language through uses of poetry, science, history, ecology, fiction, mythology - or the almost obsolete language older local fishermen still use to describe the sea. The result is a salty and entertaining book.

"It is really a homage to the sea and a call to arms to protect the ecosystem that humans treat so abysmally yet rely on so much. He wants people to understand that they did not just come from the sea. They are still part of it—just drops in the ocean.”

“While circling his central subject, Strøksnes follows his capacious curiosity, touching on subjects from Rimbaud to the fauna and stones of Norway to the possibility of life on other planets."

"Morten Strøksnes’s clever trick is to remind us for one last time that the catching of the big fish is the least important part of the story.”

“An intellectual page-turner…Strøksnes’s book shows how historical and scientific writing can be woven into a narrative while leaving the particular pleasures of both modes intact."

“Strøksnes’ erudition, his superb style and intelligent ecology bring to mind those moments when we, completely enthralled, dove into Twenty Thousand Leagues Under the Sea or Moby Dick. This is the charm of the book: the readers instantly relapse into their childhood.”

"His way of blending scholarly with novelistic often recalls Jules Verne. But there is nothing backward-looking or old-fashioned about this story, where waves and words merge: the ecological strand that flows throughout makes it immediately topical.”

“Morten A. Strøknes has succeeded in creating a linguistically virtuosic and quietly intriguing book that grows more and more fascinating with each turning page. "

“Strøksnes is seduced by the fundamental mystery of the sea. That unknowable, ‘uninhabitable’ sea. He wants to immerse himself in it, get dragged into it. Shark Drunk is the very successful expression of that desire in book form. A beautiful, unbridled ode to the sea.”

“This particularly rich book that’s bursting at the seams with knowledge of the sea and the history, yet freely and downright thrillingly told... Strøksnes brings himself and his readers closer to this abyss.”

The remote becomes intimate. In the hands of any other author, the subject matter would have become numbingly dull, but Støksnes manages as always to make me just as interested as he himself is. His prose moves like a shark that oxygenates its blood by constantly moving.”

“A masterpiece, nothing less. (…) It is these storytelling pulls and compositorial tactics from reality itself, that place Shark Drunk amongst classics such as Johan Bojers The Last of the Vikings and Ernest Hemingways The Old Man and the Sea.”

“… I swallowed Havbogen like a hungry shark and it won’t be long before I swallow it again. Morten A. Strøksnes has written a classic.”

"Down there in the unreachable and unexplored depths, there are fairy-tale-like riches of plankton that Morten A. Strøksnes depicts with considerable poetry… I am encyclopaedically knocked over and it feels really good.” 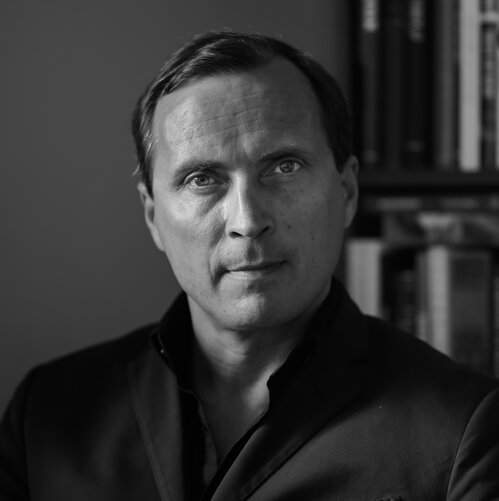 Morten A. Strøksnes was born in Northern Norway in 1965 and lives in Oslo. He is a Norwegian intellectual historian, journalist, photographer and author.
Following studies in Oslo and Cambridge, Strøksnes embarked on a journalistic career. He has written reportages, essays, portraits, columns and reviews for most major Norwegian newspapers and magazines, and is a frequent contributor to public debates. Strøksnes has published four critically acclaimed books of literary reportage and contributed to several others.