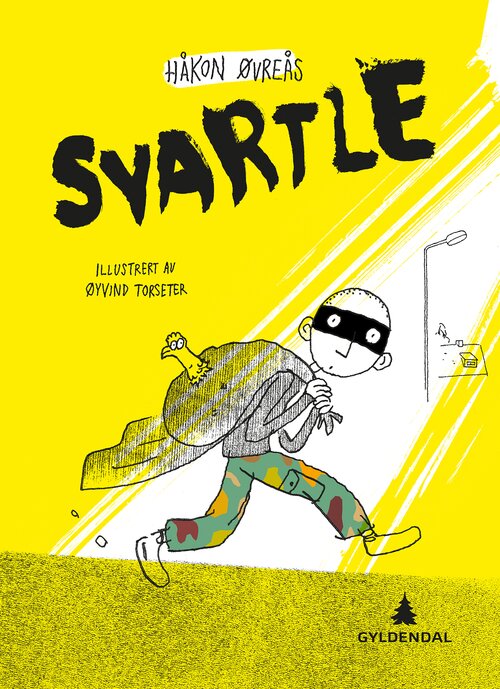 A new girl has moved into the old bakery. Atle finds her exciting. He thinks that if only he borrows the chairman’s prize-winning hen and then pretends that he has found it, he is sure to get into the newspaper, and the new girl will be impressed and like him.

It is worth a try.

But when the attempt does not go completely according to plan, everything suddenly becomes a bit tricky. Atle needs help from the super hero Black, and his faithful companions Brown and Blue. Brown and Blue do not completely understand what has happened, or what they are involved in, but neither does Atle, really. Everything is ready for action and all sorts of complications.

Black is the sequel to the internationally acclaimed Brown.
The last book in the trilogy, Blue, will be published in 2016/2017.

The dynamics between the verbal and visual story is good ... The prose is practically unblemished. And it is more open, more boldly unresolved.

The chapter book genre for new readers has expanded greatly the last few years, and it gets even better when the best children book authors and illustrators raise the quality of the genre with an extraordinary everyday story.

Playful, but serious, with room for both foolhardy escapades and quiet reflections. In Black the children can be untruthful, scatter-brained, creative and vain. Their relations and fantasyworlds come alive. And most important of all, the children are respected as readers.

Children’s literature is full of clowns, superheroes and lucky and curious children. Many of those move with high speed and sound; action, comedy and restlessness … The greatest strength [in Black] is the hushed energy, the shyness that holds [the main character] back

Håkon Øvreås is born in 1974. He has previously published three books of poetry. Brown (2013) was his first children’s book and has been awarded several national and international literary awards.

Øyvind Torseter (b. 1972) made his debut as an illustrator in 1999 and illustrates his own texts as well as other authors’ texts. He has received The Ministry of Education’s Prize and Grafill’s ‘Most Beautiful Book of the Year’-Award several times. He has also been awarded the international children’s book prize Bologna Ragazzi and the Deutscher Jugenliteraturpreis. 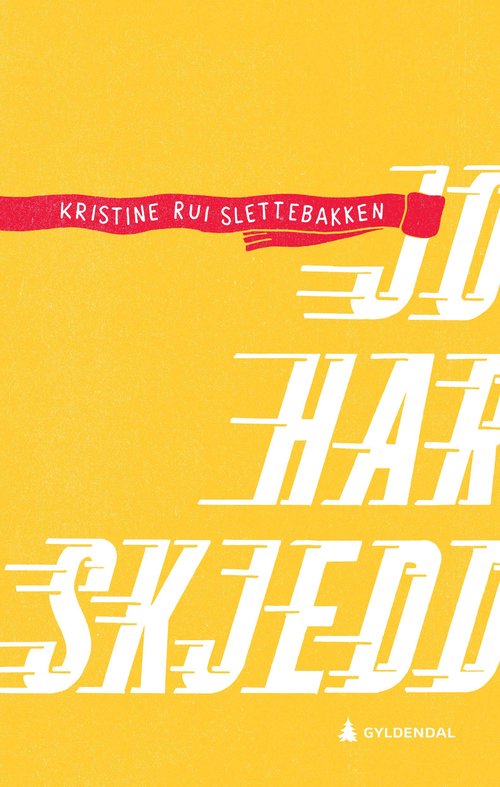 Children's fiction
Arne Svingen
All my Friends are Vampires
2020