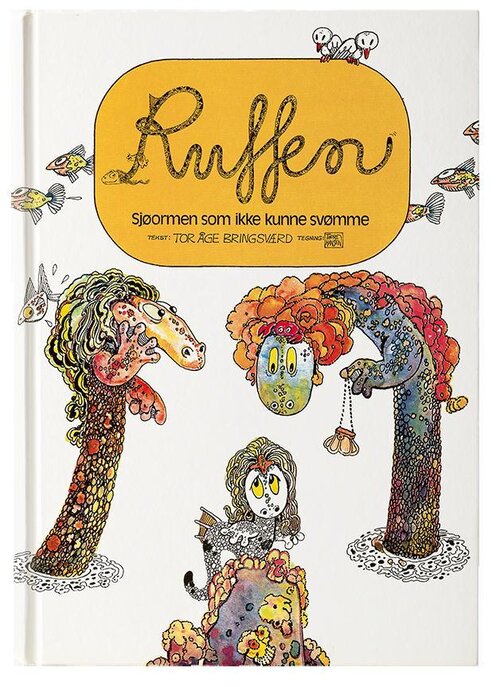 The story of Ruffen has everything it takes to make a good children's book: a hero for all readers to love, struggles we can all identify with, an exciting and dramatic plot, great illustrations with lots of funny detalis - and a happy ending!

Three of the Ruffen books are also avilable as apps, read by Trond Brænne.

Ruffen turned 40 in 2012. This anniversary was celebrated by republishing the very first Ruffen picture book exactly as it looked in 1972, for the benefit of old and new readers. 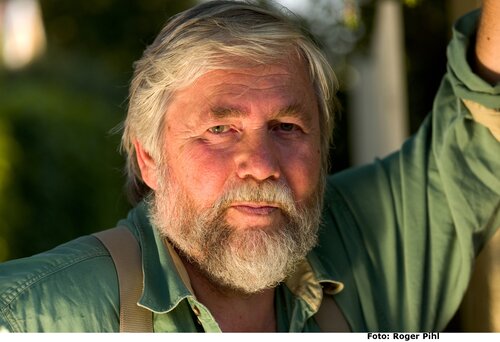 Tor Åge Bringsværd (b. 1939) is an award-winning and severely productive author of prose and playwrights.
He has worked full-time as a writer since his debut in 1967, and he writes fiction and non-fiction for both children and adults, and has produced a broad range of novels, short-stories and essays, more than 50 playwrights and over 60 books for children. His works have been translated into 23 languages, and his plays have been staged in 14 countries.
His trademark is his great curiosity, leading him to the outskirts of the reader’s expectations, where he finds motifs from most areas of life, most cultures and indeed from the sources of myths, in particular the northern mythology and history.
Bringsværd is translated into 23 languages and has been performed in 14 contries. He has been awarded numerous prizes, among them The Aschehough Prize 1979, The Critics’ Prize 1985, The Ibsen Prize 2000.