In an old earth cellar in Vika, a homeless drifter finds the remains of a child. Or is it? Elli investigates the site and discovers more remains. Slowly, the site is further excavated and claustrophobic tunnels and forgotten bunkers are uncovered. This is a world apart, where animals are mistreated and people killed. Only the murderer knows all the exits. But Elli must get in there. She has several lives to protect. Do we really know what exists under the ground in Oslo?

In the plot, the author shows us something real, a special environment unknown to many which I have not seen discussed in a novel so far. And the reader does not only get a trip down into the dark spaces under Oslo, but also a trip into the darkest corners of the human mind. … exciting throughout. 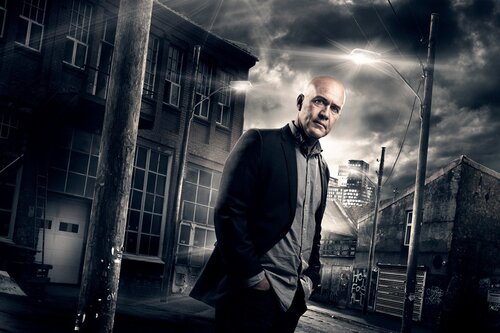 Eystein Hanssen portions out his time between writing books, working on film projects and PR tasks. His first work of fiction De ingen savner came out in 2010 and his next book Giftstrøm the following year. Both books were nominated for the Booksellers' Prize.