The first three books about Samson and Roberto are loved by big and small readers alike.
The clever cat, Roberto, and the amiable dog, Samson, inherited Fjordgløtt Guesthouse and they live a peaceful life there alongside the pageboy badger, Greta. Handyman otter Olli pops by when something needs repairing. One of their guests, the widowed goose Gåthaug, is nervous and depressed. She believes the end of the world is nigh.
After a while it seems that strange and scary things are happening out at sea. Several people have spotted an enormous, bright eye and when lighthouse keeper Fredrik, a strong and terrified ram, comes rowing at breakneck speed, everybody quickly understands that something is wrong. A small expedition, consisting of Samson, Roberto, Stork von Struts and Benny the News Rat, decide to find out exactly what it is out there that is scaring so many of them. This expedition sends them into perilous territory, with big surprises and unexpected occurrences.

The book is as exciting as any James Bond film and is guaranteed to please Samson and Roberto fans new and old!

Illustrated by Per Dybvig. 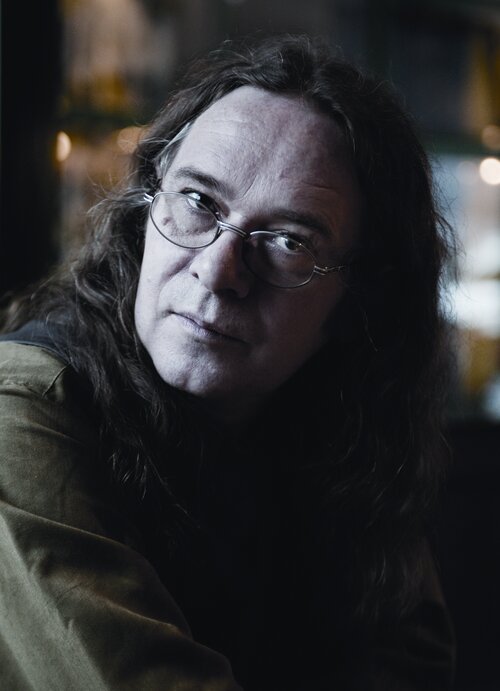 Ingvar Ambjørnsen is considered one of the great storytellers of contemporary Norwegian literature. Some of his books have been adapted into successful movies. Since his literary début in 1981 Ambjørnsen has written 19 novels and three collections of short stories for adults, as well as several books for children and young adults.