Arvidsjaur has a name he would like to keep secret, a dog he would like to kept shut in and a dad who has behaved extremely oddly ever since his mum made off with her a bit too personal trainer. And as if that wasn’t enough: this year he and his dad are to spend their holiday in an old, decrepit caravan in some deadbeat place far out in the country, where the sole attraction is Scandinavia’s most famous outside loo.

The only young person living there, Indiane, is already well into adolescence, even though she is only one day older than Arvidsjaur. She has a golden retriever that Arvidsjaur’s mongrel dog Waldo mates with every time he gets the chance. She also has a dad, Roger Berg. He goes around stripped to the waist a lot of the time and is completely gay. And he also spends a lot of the time visiting his dad...

A lot can go wrong this summer.

And the weather’s nothing to write home about either.

So far sold to: Denmark, The Netherlands, France

‘Masters the art of making a classic out of a relevant complex issue ... It is possibly only Endre Lund Eriksen [...] who with so much humour, seriousness and breadth can make something so cool out of puberty, identity, divorce and sexual orientation.’
Dagbladet

‘One of the fascinating things about Endre Lund Eriksen is that he takes difficult questions, wrings the maximum amount of embarrassment out of them, and ends up with a comic result.’
Aftenposten 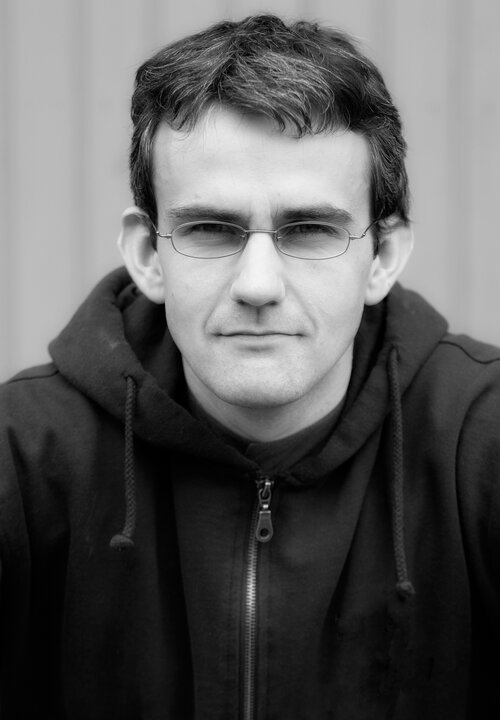 Endre Lund Eriksen holds an arts degree encompassing literary history, stage history and general history. He is a novelist and screenwriter, and his real breakthrough came in 2002 with the publication of the children's book Pitbull-Terje går amok, which received excellent reviews. It won him the 2002 Ministry of Culture’s Prize for Best Children’s Book, and several countries have since secured publishing rights.