Petromania. A journey through the richest oil countries of the world 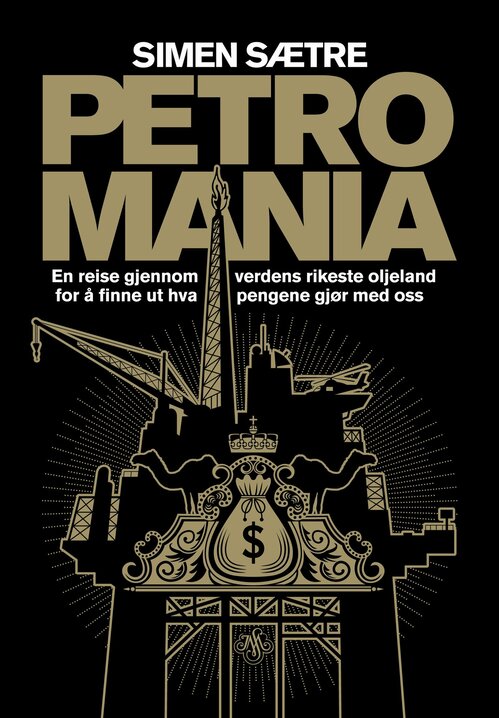 The oil revenues make a handful of people very rich, very fast. This leads to some strange consequences - they are affected by what the author calls "petromania," which can seem as a kind of madness.

In Turkmenistan they are building a city made of marble, The Kuwaitis work approximately 8 minutes per day, in the Gulf they are building the world's tallest skyscraper... Oil makes people believe that the desert can turn green, that socialism can be reborn, that wealth can be generated without work, and that there are no limits to where one can go and still be considered as the nicest in the world. The paradoxes are lined up.

Simen Sætre has chosen a travel route few people have taken before. He visits Kuwait, Qatar, the Emirates Abu Dhabi and Dubai, Iran, Angola, Turkmenistan, Venezuela, Gabon - and Norway. In order to get a visa to many of these countries, he had to pretend to be something other than a journalist.

Petromania provides a unique insight about our oil age and describes meeting with ordinary people who represent the public and the oil companies.

Simen Sætre is a journalist in Morgenbladet.
He has lived in New York, China, and West Africa, where he has written about development and international politics.

Praise on the biography Hugo:
“Intelligent and unpretentious.”
Dagens Næringsliv